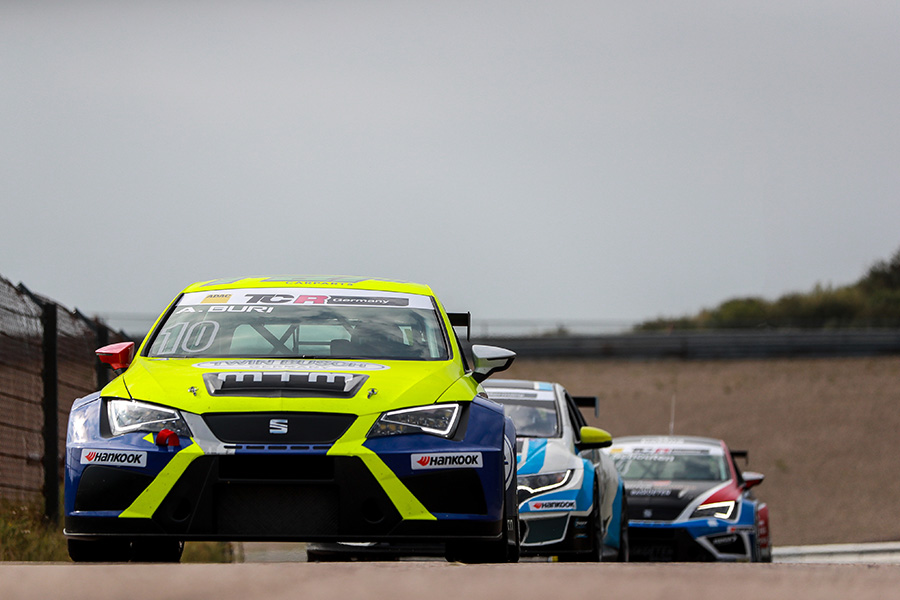 With a superb overtaking manoeuvre at the end of a race full of drama Antti Buri (LMS Racing SEAT León) claimed his third victory of the season in the ADAC TCR Germany at Circuit Park Zandvoort.
Files on pole position and Dominik Fugel (ADAC Sachsen Honda Civic) were sharing the front row of the grid, while Benjamin Leuchter (Racing One Volkswagen Golf) who had posted the fifth fastest lap in yesterday’s Qualifying was demoted to the back of the grid for a technical infringement.
Files took the lead at the start, followed by Buri, Steve Kirsch (ADAC Sachsen Honda Civic), Mike Halder (Liqui Moly Team Engstler SEAT León) and Fugel. The safety car was deployed at the end of the first lap to recover Bas Schouten’s SEAT León (Bas Koeten Racing) that had stopped on the pit straight after crashing into Niklas Mackschin’s Volkswagen Golf (Liqui Moly Team Engstler) that had stalled on the grid. However, after four laps behind the safety car, the race director decided to show the red flag.
The race restarted with only seven minutes to go with Files in the lead. Soon the young Briton find himself closely chased by Buri, Kirsch, Harald Proczyk (HP Motorsport SEAT León), Tim Zimmermann (Liqui Moly Team Engstler Volkswagen Golf) and Halder. The first six drivers were covered by less than one second during the final lap.
A few corners from the end Buri overtook Files; Prockzyk and Zimmermann took advantage from the commotion and managed to pass Kirsch who dropped from third to sixth.
The second position enabled Files to stretch further his lead in the standings to 56.5 points ahead of Proczyk when a possible 80 are still at stake.
The second race will start tomorrow at 09:25.