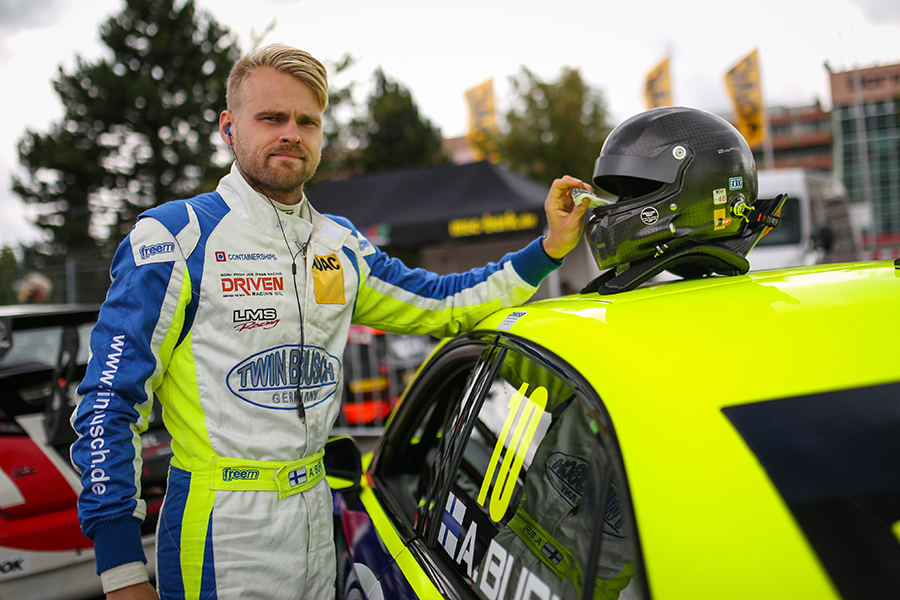 A dramatic second race at the Nürburgring saw Finland’s Antti Buri claim his first victory of the season, with the LMS Racing Audi RS 3 LMS finishing ahead of the similar car of South Africa’s Sheldon van der Linde. The race, however, will be remembered for a number of incidents, including two that occurred within seconds of both the start and finish.
For two of the top ten on the grid, their race was over almost as soon as the start lights were extinguished. A collision between Dino Calcum’s Opel and the Honda of Josh Files saw the Astra hit the wall at the pit lane exit and deposit debris across the track, forcing the deployment of the Safety Car. Files – the winner of yesterday’s Race 1 – limped back to the pits, but while the Target Competition team repaired the damaged steering and got the car back out again, any chance of a decent result was gone and so Files eventually retired.
The Safety Car was withdrawn after around ten minutes and race leader Buri led from Steve Kirsch; the pair having started from second and fourth places respectively. Pole-sitter Max Hofer had dropped to third and subsequently received a drive-through penalty for causing the collision between Files and Calcum. Kirsch snatched the lead on lap 7 when Buri ran wide at Turn 3, but the lead was short-lived after an apparent electrical fault saw the Honda lose power on lap 10 and Kirsch was forced to retire.
The Safety Car made a second appearance when the Audi of Sven Markert had to be recovered after a technical problem left the car stranded and just under four minutes of the race remained when it pulled into the pits. This time, Buri judged the restart beautifully and seemed to catch second-placed Sheldon van der Linde napping. The South African was then left to defend second place from Mike Halder, but Halder was himself passed by the SEAT of Harald Proczyk on lap 14. It looked as though that was how the race would finish, but Proczyk and Halder made contact heading towards the final corner and both briefly crossed the white line into the pit lane entrance. The incident was referred to the Stewards, but the only action taken was a post-race black and white flag and so Proczyk kept his 3rd position.
Files’ lead in the series has been reduced to 77 points ahead of Halder, while Langevend and van der Linde lie in third and fourth with gaps of 91 and 101 points respectively.
The next event is at the Sachsenring in mid-September.