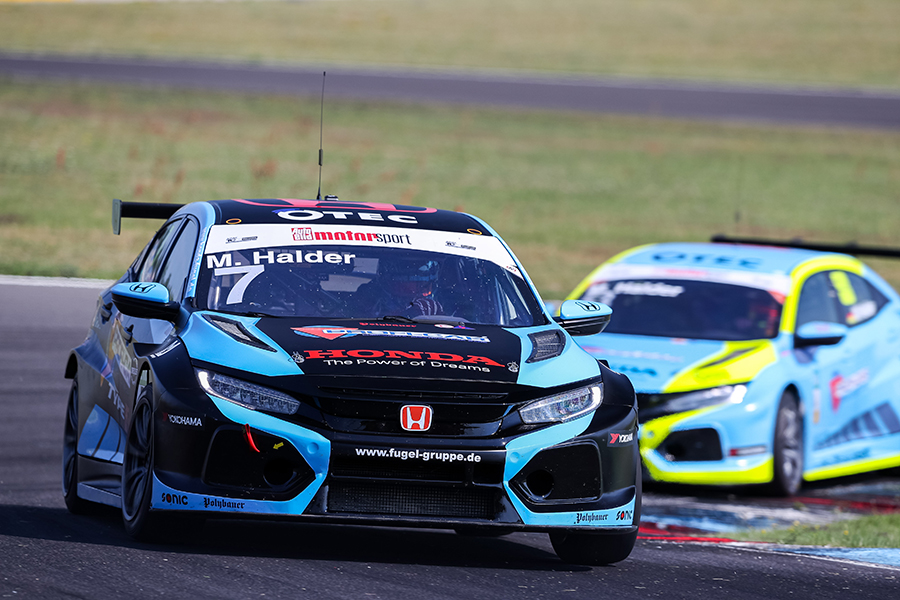 TCR Germany’s two official test days at the Lausitzring, two weeks before the season opener on the same racetrack, showed that Hyundai and Honda cars will be fighting for the top positions once again.
The fastest lap of the whole test was set by guest driver Luca Engstler in the Hyundai Germany’s VIP car. Engstler who will be racing in WTCR this year, clocked a lap of 1:29.459 that was only 0.131 seconds faster than Mike Halder’s 1:29.590 in the Profi Car Honda Civic Type R.
"It was great to be back on the track and it was a lot of fun," said Halder. "I am confident, and I had a good feeling during the test."
Halder focused mainly on long runs and tested various setup solutions together with his teammate Dominik Fugel.
Third and fourth fastest were HP Racing International teammates Jan Seyffert and 2018 champion Harald Proczyk, while Antti Buri set the fifth fastest lap. This will be the Finn’s first season at the wheel of a Hyundai after racing SEAT and Audi cars in the previous years.
"It feels good," he said. "But everything is different; the Hyundai it is a completely different racing car."