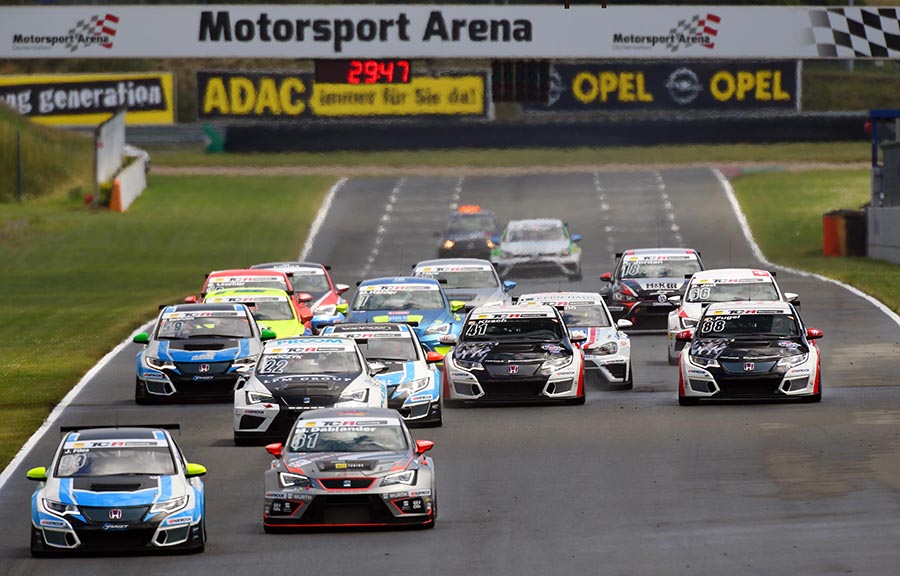 Dominik Fugel inherited his maiden victory in the TCR Germany after a 30-second time penalty was imposed to Josh Files who had crossed the line first with a big gap.
Files was penalised for a starting grid infringement, just like his Target Competition teammate Jürgen Schmarl, Antti Buri and Mike Beckhusen (who had finished 3rd, 9th and 13th respectively).
Fugel’s victory was also the first one for the Honda Team ADAC; Mike Halder’s SEAT (Liqui Moly Team Engstler) and Steve Kirsch (Fugel’s teammate) completed the podium.
The race was eventful, with an incident at Turn 1 after the start that involved Kirsch, Tim Zimmermann, Kai Jordan and Beckhusen. Files took the lead from Mario Dablander, while Fugel, Harald Proczyk, Schmarl and Ronny Jost were fighting for third.
On lap 7 Dablander had to pay a drive through because his car was not in the correct position on the starting grid. The Swiss dropped from second to 18th and decided to retire.
A shower disturbed the second part of the race, but this did not slowed down Files and Fugel who finished first and second, with Schmarl in third place.
However, shortly after the end of the race the Stewards issued the penalties for Files and Schmarl, which promoted Fugel, Halder and Kirsch to the top three positions.
The second race will start tomorrow at 11:45.