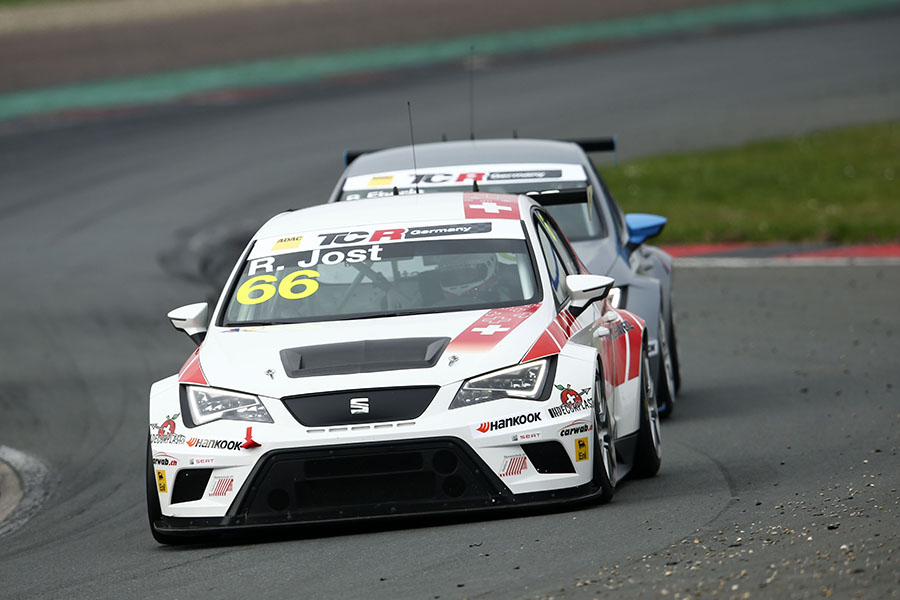 TCR Germany kicks off in Oschersleben

The opening round of the ADAC TCR Germany’s maiden season will take place at the Oschersleben Motorsport Arena this weekend. This is certainly one of the most highly-anticipated TCR national series, given the size of the market and the key role that the country plays in the automotive scene.
Oschersleben will host the first of the seven events; the series will later visit the Sachsenring, Oschersleben again, the Red Bull Ring in Austria, the Nürbrugring, Zandvoort in the Netherlands and Hockenheim. Together with the ADAC GT and the ADAC Formula 4 series, the ADAC TCR Germany will offer a terrific race weekend package, freely accessible to fans at home thanks to SPORT1’s live coverage.
The field for the opener will consist of 18 drivers at the wheel of three models of cars: SEAT León (11), Volkswagen Golf Gti (5) and Honda Civic (2).
Some among them have international experience, such as Austria’s Mario Dablander, Switzerland’s Ronny Jost, Netherlands’ Bas Schouten and UK’s Josh Files.
One of the most eagerly-awaited German drivers is Tom Lautenschlager who will drive one of the Golf cars of Liqui Moly Team Engstler. Not yet 18-years-old, Tom is the great-grandson of Christian Lautenschlager, one of the heroes of pre-Formula 1 Grand Prix racing. A works driver for Mercedes, Christian won twice the ACF Grand Prix, in 1904 and 1914, and also competed in great races such as the Targa Florio and the Indy 500.