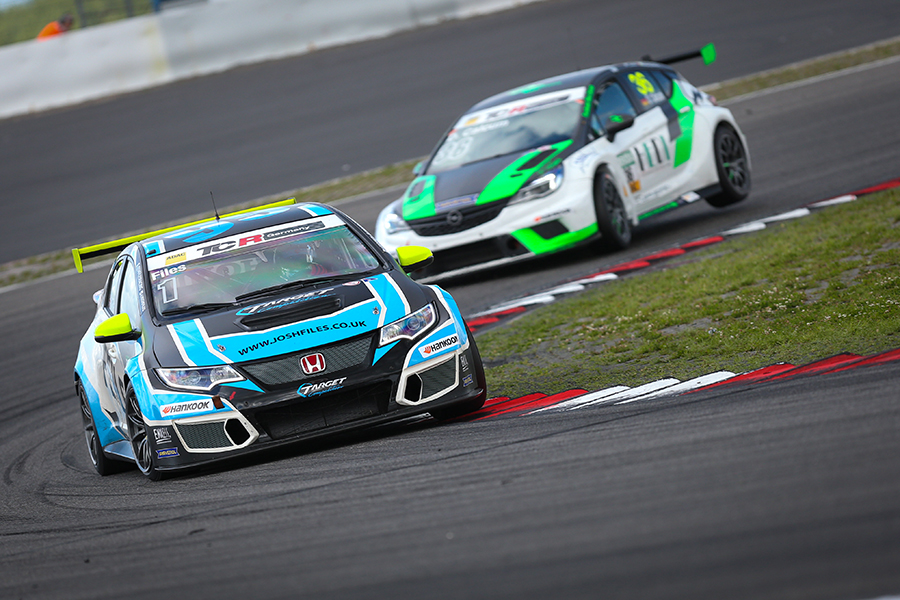 Reigning TCR Germany champion Josh Files took his fourth victory of the season after making a brilliant start in Race 1 at the Nürburging. The Target Competition Honda Civic of Files passed both the Wolf-Power Racing SEAT León of pole-sitter Mike Halder and the Racing One Audi RS 3 LMS of Niels Langeveld on the run down to Turn 1, setting the scene for a race-long battle between the trio.
A collision involving several cars at the first corner brought out the Safety Car, with Jason Wolfe, Niko Kankkunen, Sven Markert, Kai Jordan and Gosia Rdest all retiring because of the incident.
The race then restarted 22 minutes remaining and Files resumed the defence of his lead from Halder and Langeveld. The Audi of Antti Buri soon passed the similar car of Sandro Kaibach for 6th place, while Moritz Oestreich and Luca Engstler both then passed Kaibach on lap 7, although Engstler then ran wide and so dropped to 12th. On the following lap, it looked as though 2nd place had changed hands when Langeveld briefly nosed ahead of Halder, but the SEAT driver held the position.
On lap 13, there was contact at Turn 1 between Engstler and Lukas Niedertschreider, with the latter forced to pull up with broken suspension. That meant the Safety Car made a second appearance while the SEAT was recovered. Less than three minutes of the race remained at the restart, with Files again defending from Halder and Langeveld. Buri passed Harald Proczyk for 5th place on the penultimate lap, while the final lap saw Files and Halder head down the start/finish straight side by side in a last-ditch bid by Halder to snatch the lead. It so nearly worked, but Files held his nerve and so took the win to extend his lead in the series. Halder was second ahead of Langeveld, with the Opel of Dino Calcum in 4th place making it four different car brands in the top four places. Buri, Proczyk, Steve Kirsch, Sheldon Van Der Linde, Oestreich and Max Hofer rounded off the top ten.
In the standings, Files leads with 288 points from Halder (182) and Langeveld (171).
Race 2 at the Nürburging is scheduled to start on Sunday at midday