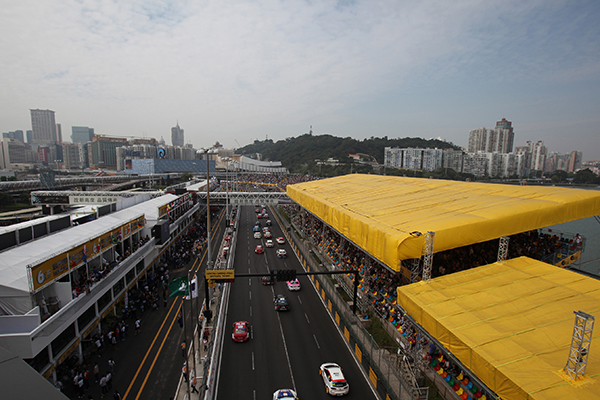 The Macau Guia circuit will provide the most stunning setting for the grand finale of the TCR International Series’ inaugural season.
The 6.1km street circuit is rated as one of the most challenging and demanding by all the drivers who have raced there and the Macau Guia Race – first held in 1972 – is regarded as one of the most sought-after trophies in the careers of the top touring car drivers from all over the globe.
The 2015 edition marks the beginning of a new era for the Guia Race with the introduction of the TCR-specification machines, the newest generation of touring cars.
To fit into the programme of the Suncity Group 62nd Macau Grand Prix, the TCR International Series has partly adapted its timetable and format.
Two thirty-minute Free Practice sessions will be held, one on Thursday and the other on Friday, while a forty-minute Qualifying session, split into Q1 (25 minutes for all drivers) and Q2 (15 minutes for the fastest twelve in Q1), with a five-minute break in between, will take place on Saturday.
The two back-to-back 10-lap races will then be run on Sunday. The Grid for the second race, that will also award the Guia Race trophies, will be based on the final results of the first race.