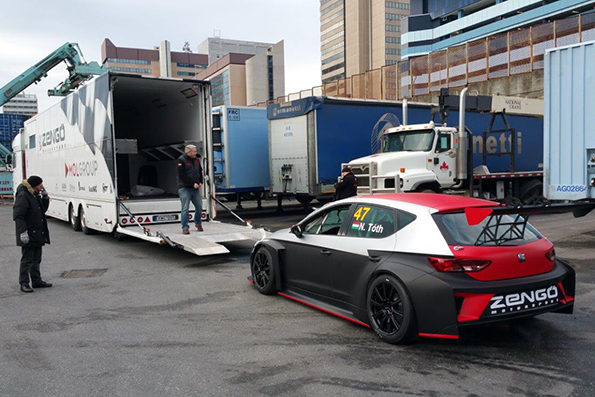 The first ten racing cars that will take part in the 2015 TCR International Series are currently at Genoa docks, ready to be shipped to Malaysia.
They will be loaded, together with 15 tons of spare parts, onto the Singapore-registered cargo ship APL New York that is expected to arrive in Genoa tomorrow.

The vessel will set sail again on Sunday, February 15, and is due to call on March 18 at Port Kelang, Malaysia, which is around 70 km West of Sepang International Circuit where the inaugural event of the TCR International Series will take place on March 28 and 29 as part of the Formula 1 Malaysia Grand Prix.

A second cargo, consisting of ten further racing cars and 15 tons of spare parts, will be flown to Malaysia in mid March.
All of the shipment operations are organized and coordinated by SEL Sport&Events Logistics, the official carrier of the TCR International Series.