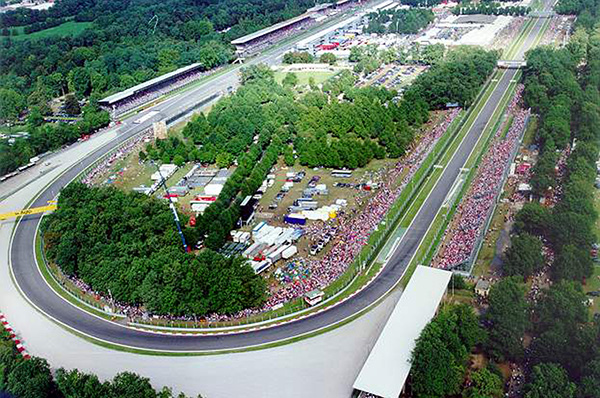 The Autodromo di Monza, arguably the most famous racetrack in the world, will be the perfect setting for Rounds 9 and 10 of the TCR International Series this upcoming weekend.
Known as the Temple of Speed because of the super-fast average times that are clocked by all different categories of racing cars, Monza was inaugurated in 1922 becoming only the third permanent racetrack in the world after Brooklands in the UK and Indianapolis.
Monza is still the home of the Italian Formula 1 Grand Prix and has hosted a great deal of famous competitions such as the 1000 KM for Sport Prototypes (1963 / 2008), the Motorcycling Grand Prix of Nations, the 500 Miles Race of Two Worlds (1957 / 1958) and the FIA Touring Car World Cup (1993).
The layout of the circuit that combines long straights, tight chicanes and hard braking points always provides exciting touring car races in which top speed, slipstreaming and braking can make the difference.
The programme of the will follow the usual pattern: Saturday will feature two thirty-minute Free Practice sessions and one thirty-minute Qualifying, split into Q1 (20 minutes for all drivers) and Q2 (10 minutes for the fastest twelve in Q1).
The two races will then take place on Sunday, back-to-back over a distance of 60 kilometres.
In addition to this, on Friday teams will be given the opportunity to take part in a full day test.