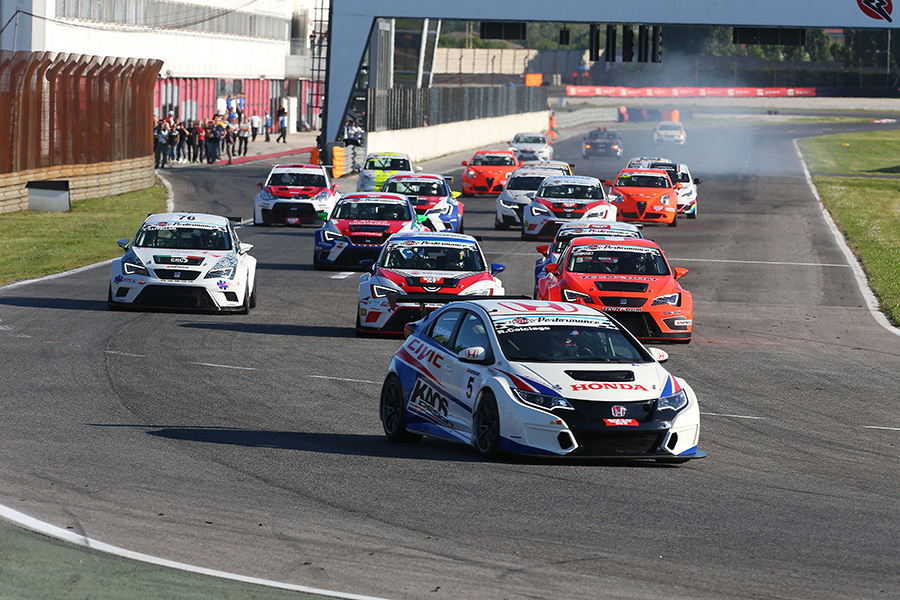 The Italian Touring Car Championship (CIT) has turned over a new leaf to follow the TCR concept and from this year has dropped the endurance format and reverted to two sprint races.
A TCR car made a first appearance in 2015, when the SEAT León of Valentina Albanese dominated the season and won the championship in front of more powerful machines.
This year TCR forms the championship backbone with a dozen of entries, while the TCS class for production cars completes the field.
The championship began last weekend in Adria, where Roberto Colciago – a former champion in the Italian F3 and Touring Cars – claimed a double victory at the wheel of his Honda Civic run by AGS Motorsport.
Despite he had rarely raced in recent years, Colciago proved that he has not lost a bit of his driving skills; his competitors, all driving SEAT León cars, were only able to challenge him during the early stages of the races.
Alberto Viberti finished twice runner-up, while Jonathan Giacon in Race 1 and Marco Costamagna in Race 2 claimed the third position.
The second race meeting will take place at Misano on June 12.