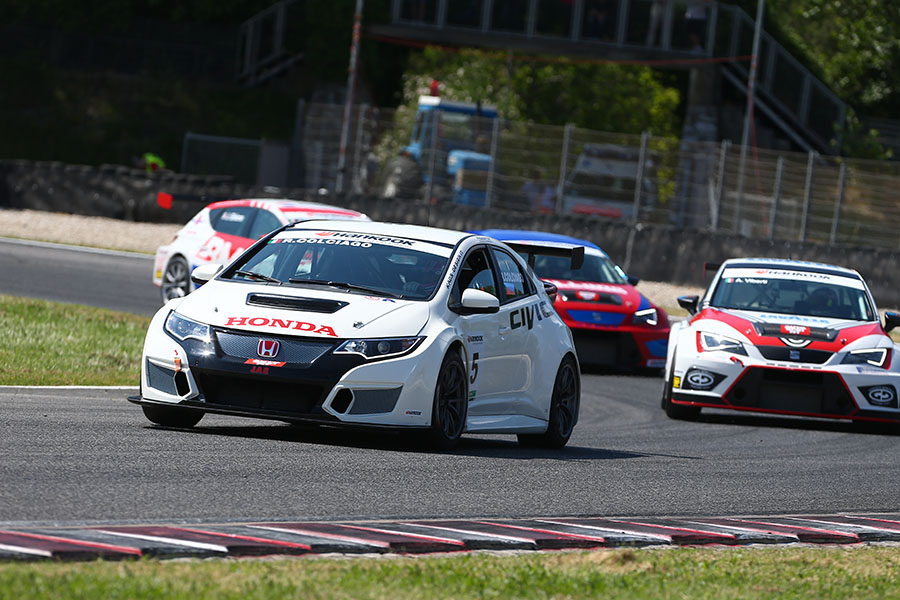 Roberto Colciago and his AGS Motorsport Honda Civic are in a league of their own in the TCR class of the Italian Touring Car Championship.
In Magione, where the third event of the series took place, the former Alfa Romeo works driver set pole position and won both races, improving his tally to five victories out of the six races held so far.
For the time being, Colciago’s competitors can’t aim for more than fighting for the other podium positions.
In Race 1, the SEAT León cars of Massimiliano Gagliano (Esse Motorsport) and Romy Dall’Antonia (BF Motorsport) finished in second and third. The second race saw a bunch of drivers involved in a close battle; eventually Alberto Viberti (BF Motorsport) was able to beat Enrico Bettera (Pit Lane Competizioni) for the second place.
In the championship’s standings, Colciago has stretched his leading margin to 52 points ahead of Viberti, while the pairing Dall’Antonia-Samuele Piccin lies in third position, a further 19 points adrift.