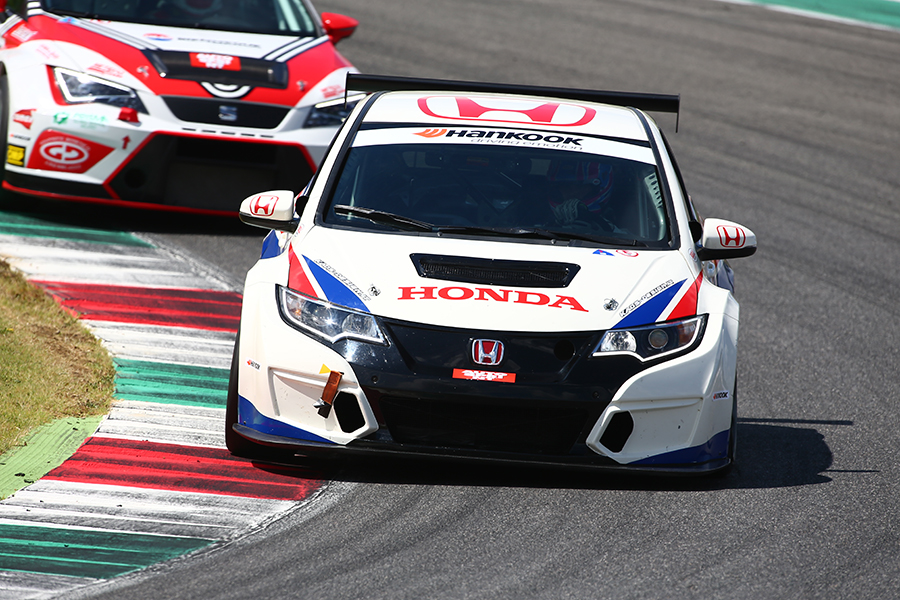 Despite he was not able to beat Alberto Viberti’s SEAT León this morning in the fight for the pole position, Roberto Colciago claimed another dominant victory in the seventh round of the Italian Touring Car Championship (CIT) at Mugello.
Colciago’s and his AGS Motorsport Honda Civic took the best start from the second spot of the grid and led the field into the first turn. Viberti (BF Motorsport), Enrico Bettera (Pit Lane Competizioni SEAT León) and Scottish newcomer Finlay Crocker (VFR Racing Honda Civic) followed the leader.
The safety car was deployed on the second lap, following a collision at the Biondetti Esses between Mariano Costamagna (BRC Racing SEAT León) and Emanuele Alborghetti (MM Motorsport Honda Civic); both cars crashed into the tyre wall and retired.
As the race resumed on lap 6, Colciago was able to pull away and build a gap ahead of Viberti; the two crossed the line in the order, separated by 2.7 seconds. Bettera finished a distant third, ahead of Crocker and Samuele Piccin (ASD Super 2000 Racing SEAT  León).
The second race will start tomorrow morning at 11:00.