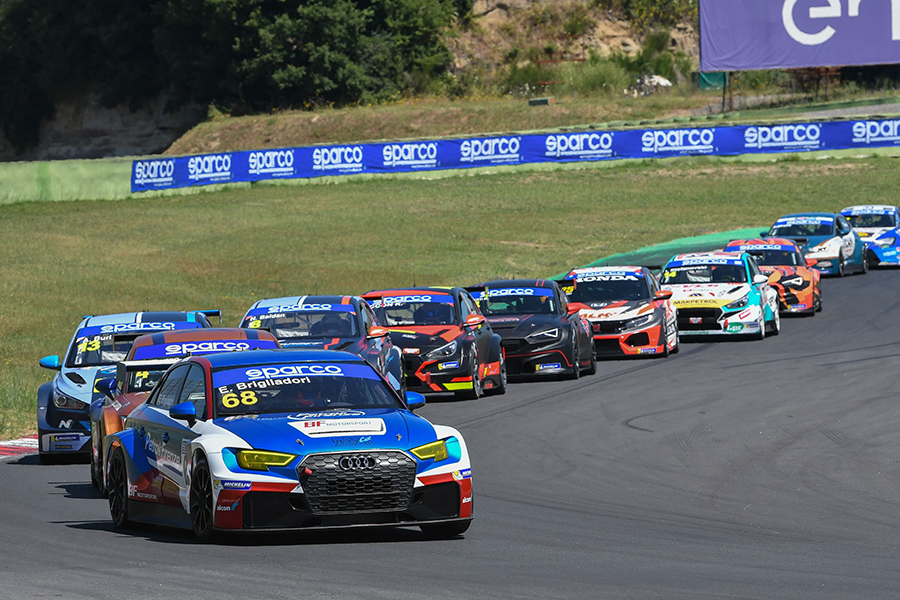 Imola's Autodromo Enzo and Dino Ferrari is the stage for TCR Italy's fourth race meeting of the season.
Mikel Azcona, who won both races at Imola last year in an occasional appearance, rejoins the series with a Volcano Motorsport CUPRA Leon Competición.
Other guest drivers in the event will be TCR Europe regular Martin Ryba and Russia's Ibragim Akhmadov in two MM Motorsport-run Honda Civic Type R cars.
In a championship that is dominated by five drivers who proved to have the edge over the rest of the field, Eric Brigliadori (BF Motorsport, Audi RS 3 LMS) is the current leader of the standings.
The young driver has built a slim 7-point margin over the 2020 TCR Germany champion Antti Buri (Target Competition, Hyundai i30 N), while Kevin Ceccon (Aggressive Team Italia, Hyundai i30 N) lies third, six points behind the Finn.
So far, Brigliadori, Buri and Ceccon have taken one race win apiece, while Salvatore Tavano (Scuderia del Girasole, CUPRA Leon Competición) claimed a double victory in the season opener at Monza. And yet, the reigning champion is only placed fourth with a gap of 21 points from the leader.
The top quintet is competed by Nicola Baldan, Buri's teammate at Target Competition, who is currently ten points behind Tavano.
Both races will be streamed live at www.tcr-series.com: Race 1, Saturday at 13:20 and Race 2, Sunday at 12:15 (CEST).