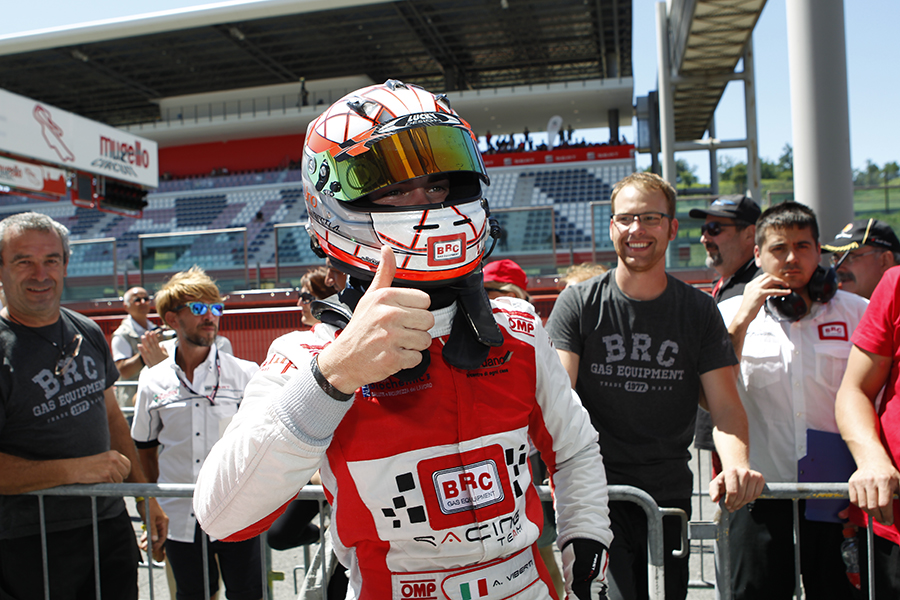 BF Motorsport’s Alberto Viberti claimed his second race victory of the season in the eighth round of the Italian Touring Car Championship (CIT) at Mugello.
Viberti started from pole position and maintained the lead for the first lap, however on lap 2 he had to open the door to Roberto Colciago who seemed on the way to score one more race win.
For most of the race Viberti and his SEAT León followed Colciago at a striking distance, then, on the 11th of the 14 laps, the leading Honda Civic slowed down with engine issues; Colciago dropped to second behind Viberti and eventually stopped on the last-but-one lap.
Behind Viberti, his teammate Romy Dall’Antonia beat Finlay Crocker (VFR Racing Honda Civic) for second place by only five seconds. Daniele Cappelari was classified fourth, his best result so far in the season.
The results of the weekend helped Viberti to close his gap from Colciago in the Drivers’ Championship to 40 points.

The Italian Touring Car Championship will resume at Vallelunga on September 3 and 4, for rounds 9 and 10.