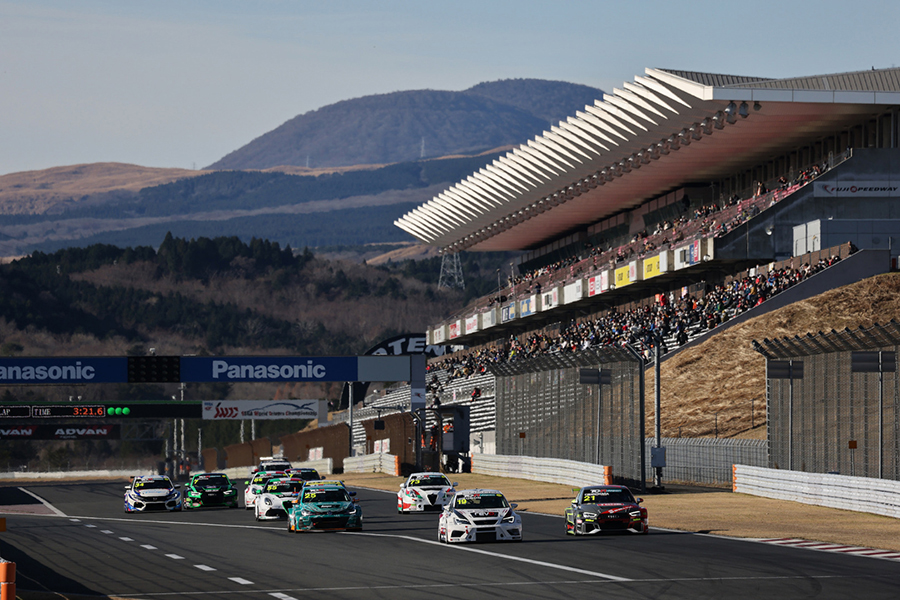 TCR Japan's third season kicks off this weekend at the Fuji Speedway, with a field of ten cars.
Hitotsuyama Racing defends the titles of both the Saturday and the Sunday series that were won by Takuro Shinohara. For this year's campaign, the team has entrusted its Audi RS 3 LMS to Yuki Fujii who topped the time list during the pre-season official test day.
Amongst Fujii's competitors are 'Hirobon' in the Birth Racing Project CUPRA with which he scored one race win last year at Autopolis, the experienced Akihiko Nakaya, champion in the Japanese Formula 3 and the Asian Le Mans Series, at the wheel of a Team DOME Honda Civic Type R, GT race winner Naoto Takeda in the Honda Civic run by Dream Drive and KCMG, and former Super Formula champion Hiroaki Ishiura in the Alfa Romeo Giulietta Veloce entered by M-Prototyping Team Stile Corse.
Live streaming of both races at www.tcr-series.com: Saturday, Race 1 at 13:10 local time (06:10 CEST), Sunday, Race 2 at 12:40 local time (05:40 CEST).