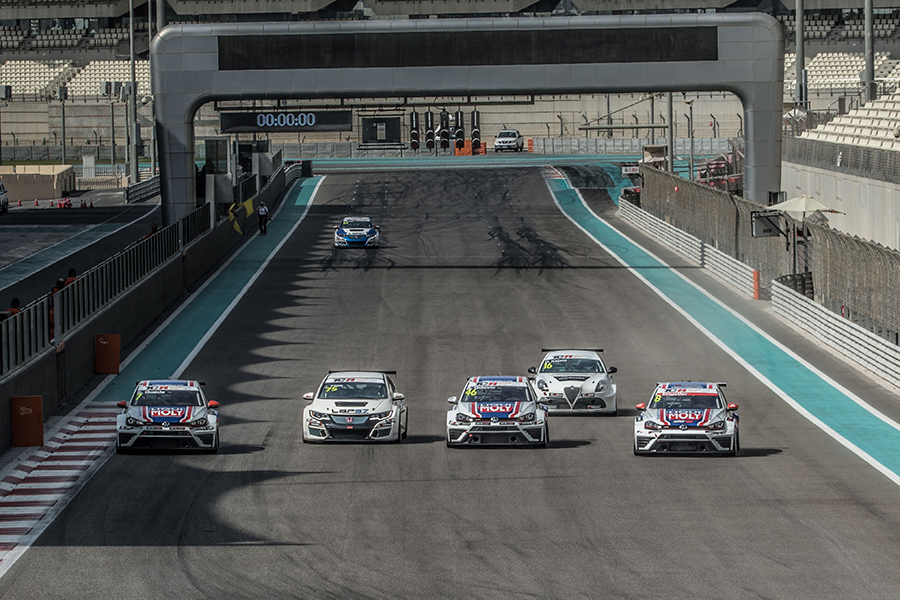 After setting the fastest times in Practice and Qualifying and then winning Race 1, Josh Files rounded off a near-perfect event in Abu Dhabi with another victory in Race 2. A brilliant start by Files saw the Lap57 Honda Civic storm through the field to take the lead by Turn 6 and he then never looked back. In a repeat of the 1-2 result from Race 1, Davit Kajaia finished second in the Mulsanne Racing Alfa Romeo Giulietta while Luca Engstler salvaged third place after a disappointing opening race, in which he started from the back of the grid and was then involved in a collision with his teammate Brandon Gdovic.
Any thoughts of another podium finish by Giacomo Altoè were dashed when the Top Run Racing Subaru suffered a technical problem on the grid and the car had to be pushed back into the pit lane before the green flag lap. Files’ teammate Mohammed Al Owais then stalled at the start after apparently failing to engage the Honda’s launch control system. Five cars then finished the race, with the Liqui Moly Team Engstler duo of Gdovic and Stefan Goede bringing their Volkswagen Golf GTI cars home in fourth and fifth places respectively.
The results will remain provisional pending the result of technical checks.
The TCR Middle East Series will hit the track again for its final event at Bahrain International Circuit on March 9 and 10.