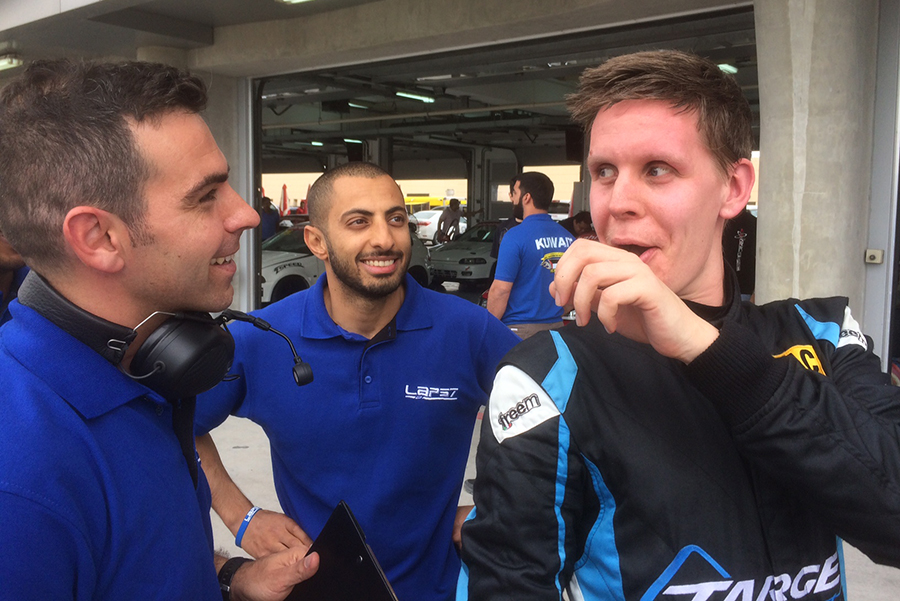 The first edition of the TCR Middle East Series will live this afternoon a breath-taking Race 2, as three drivers will go into it fighting for the title and being split by only 5 points.
By clinching an authoritative win in Race 1, Josh Files, at the wheel of the Lap 57 Honda Civic, has reduced to 2 points his gap from the series leader Brandon Gdovic, who took a last-lap second place from his Liqui Moly Team Engstler’s teammate Luca Engstler, now third in the standings, but only 5 points behind Gdovic.
Race 1: in an unusually cloudy morning at Bahrain International Circuit, delivered a first big surprise even before the start, as the Mulsanne Racing Alfa Romeo Giulietta of Davit Kajaia, had to pull out from the first row of the grid with a broken driveshaft.
Files took the lead from the start and built progressively a sufficient gap, although his race was far from easy: “It was a very hard race on the tyres”, explained the Brit, “there is nothing left of them and in the final laps, I had no grip, no traction, no nothing.”
Luca Engstler led the charge of the Golf cars for the entire race, but his efforts took a toll on his tyres; in the last lap, Brandon Gdovic, who had adopted a more conservative approach with regard to tyre consumption, was able to pass the young German for second. Both drivers admitted there was nothing to do against the Honda in this first race of the day.
Giacomo Altoè, on the third car of Liqui Moly Team Engstler, had to stop in the penultimate lap after a sudden drop of power which ruined an otherwise consistent race.