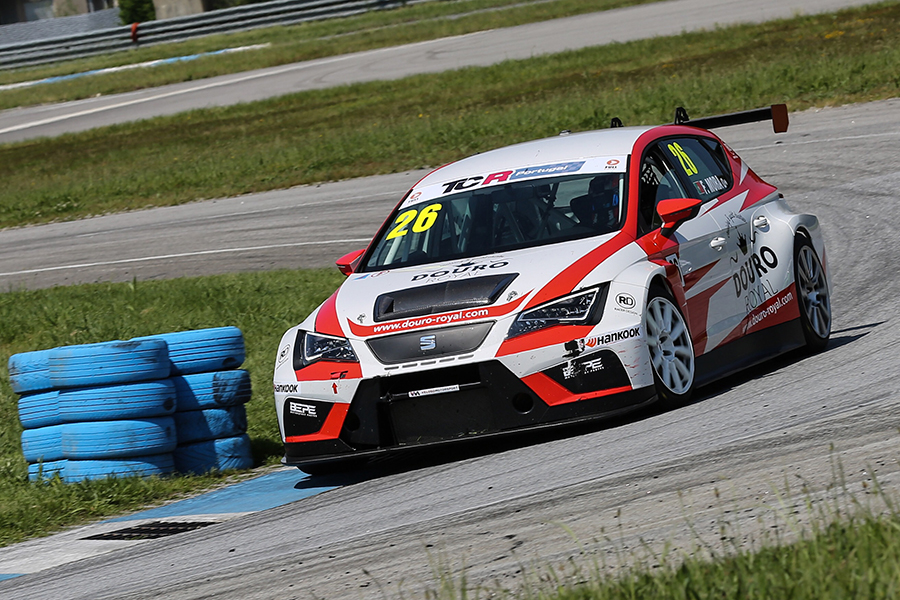 TCR Portugal: Mora in a league of his own

Veloso Motorsport’s Francisco Mora was in a league of his own at Portimão, where TCR Portugal’s third race meeting was held on the weekend. After setting pole position in both the qualifying session for Race 1 and Race 3, Mora made a clean sweep and won all four races in his SEAT León.

Race 1 – After qualifying second, José Rodrigues (Gen Motorsport Honda Civic) was late in leaving the pits and took the start from the back of the grid, however he was able to move up to second during the opening lap. Mora claimed a lights-to-flag victory ahead of Rodrigues and Rafael Lobato’s SEAT León. Manuel Gião (Team Novadriver Volkswagen Golf) lost fourth place on the last-but-one lap because of a transmission problem.

Race 2 – Rodrigues took the lead at the start chased by Mora who put pressure on the Honda driver and eventually overtook him on lap 7. On the last lap, Rodrigues slowed down with fuel feeding problems and dropped to fourth behind Nuno Batista (Veloso Motorsport SEAT León) and César Machado.

Race 3 – Once again Mora made good use of the pole and led for the whole race. Rodrigues overtook Machado for second on lap 2. Machado was still further demoted to fifth by Batista and Francisco Abreu (Team Novadriver Volkswagen Golf) who finished third and fourth.

Race 4 – For the third time today, Mora led the whole distance, closely followed by Gião. Two laps before the end Lobato stole third place from Francisco Carvalho (Veloso Motorsport SEAT León). Rodrigues, who had started from the back of the grid, was only able to recover to fifth.

Mora scored 103 points in the weekend and climbed to second in the standings, only four points behind the pairing of Carvalho-Batista; Rodrigues lies third on equal points (163) with Lobato-Machado.
The next race meeting of TCR Portugal will take place in Spain, on September 10/11 at Jerez de la Frontera.