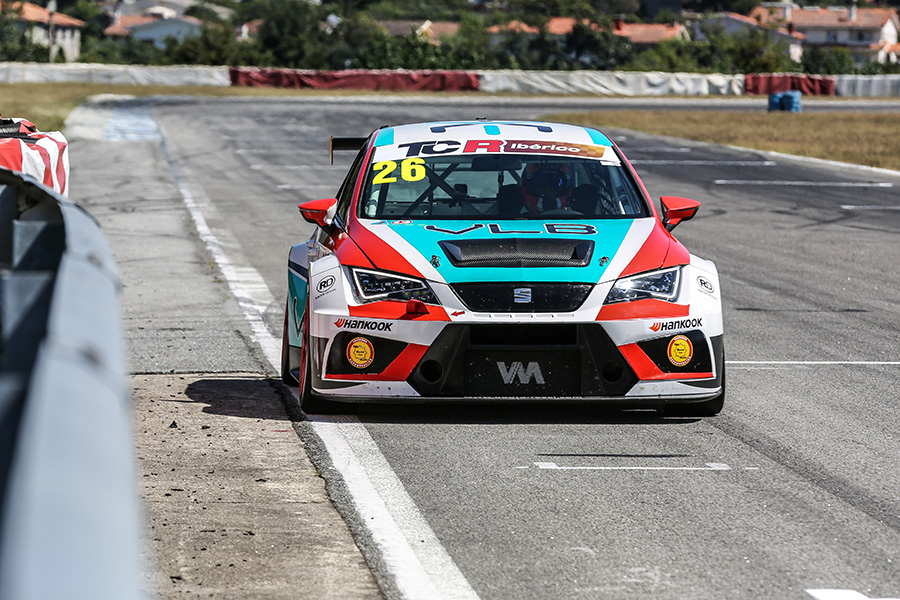 TCR Portugal – Mora in a league of his own at Braga

Braga’s Vasco Sameiro circuit hosted the fourth race meeting of the TCR Portugal that was run on three sprint races.
Veloso Motorsport’s Francisco Mora dominated the event at the wheel of his SEAT León, claiming three undisputed victories. This meant that Mora stretched his leading margin to 64 points ahead of Francisco Abreu (Novadriver Volkswagen Golf GTI).
In the first race, Mora and César Machado (Speedy Motorsport SEAT) made a better start than pole sitter Rafael Lobato’s Audi RS3 LMS and took the lead. While Mora was able to pull away, Lobato was threatening Machado’s second place, but on lap 6 he was forced to retire by a puncture. Machado finished second – 6 seconds behind Mora – while his teammate Edgar Florindo completed the podium.
In Race 2 Mora started from pole and took another lights to flag win with a margin of 12 seconds.
Florindo overtook Francisco Abreu in the early stages to settle in second position, while Machado, who was second on the grid, stalled at the start and found himself at the back of the field, together with Lobato’s codriver Patrick Cunha. They both were able to recover up to third and fourth respectively.
In the third race, Mora benefited from Abreu’s bad start and took the lead on his way to another undisputed victory. Behind him, Florindo, Cunha and Abreu were in a close fight. Florindo managed to pull away from his competitors, while Abreu made a mistake in the chicane on lap 9, which enabled Cunha to take third.
The TCR Portugal will come to and end in the TCR Ibérico event at Barcelona, Spain, on September 16th and 17th.