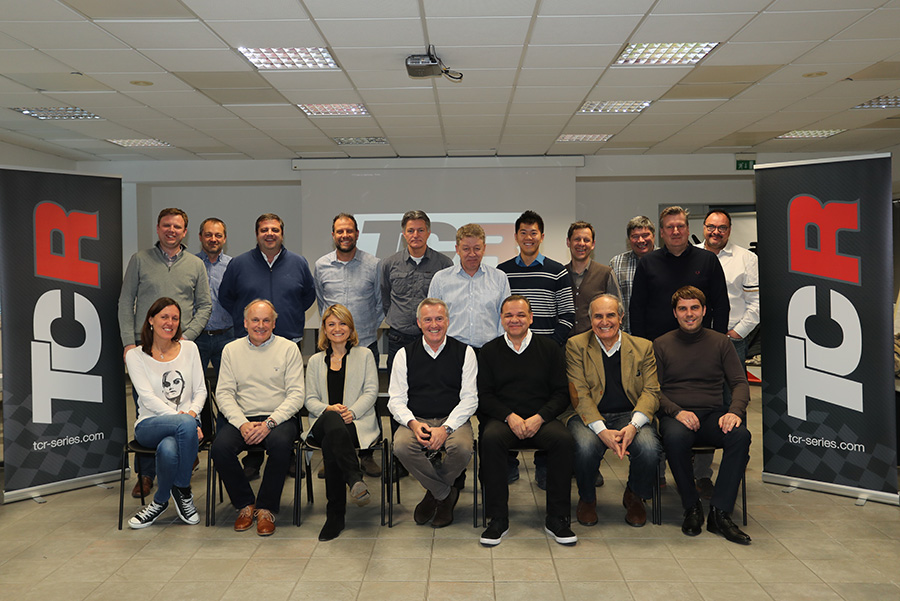 TCR promoters from all over the world meet in Italy

Promoters of fifteen TCR championships and series gathered for a general meeting in view of the upcoming season, at the Adria International Raceway, in Italy, on the eve of the Balance of Performance test.
The following TCR series were represented: International, Asia, Baltic, Benelux, China, Germany, Ibérico, Italy, Middle East, Portugal, Russia, Scandinavia and Spain; the promoters of 24H Series/24H TCE Series and VLN attended as well. The TCR Thailand promoter was linked by video conference.
Different topics were discussed; it was agreed to freeze car homologations for three years – until the end of 2019 – and to limit the number of engines to one per season. However, one engine change will be allowed with a reduced penalty (a five-place drop on the grid), while further changes will be penalised with a drop to the back of the grid.
It was also agreed that cars running under temporary homologation will not be eligible to score points in any championship.

TCR promoter Marcello Lotti commented: “It has been a very constructive meeting and it proved even further that all the members of the TCR global community share the same views and work together to strengthen the worldwide alliance.”