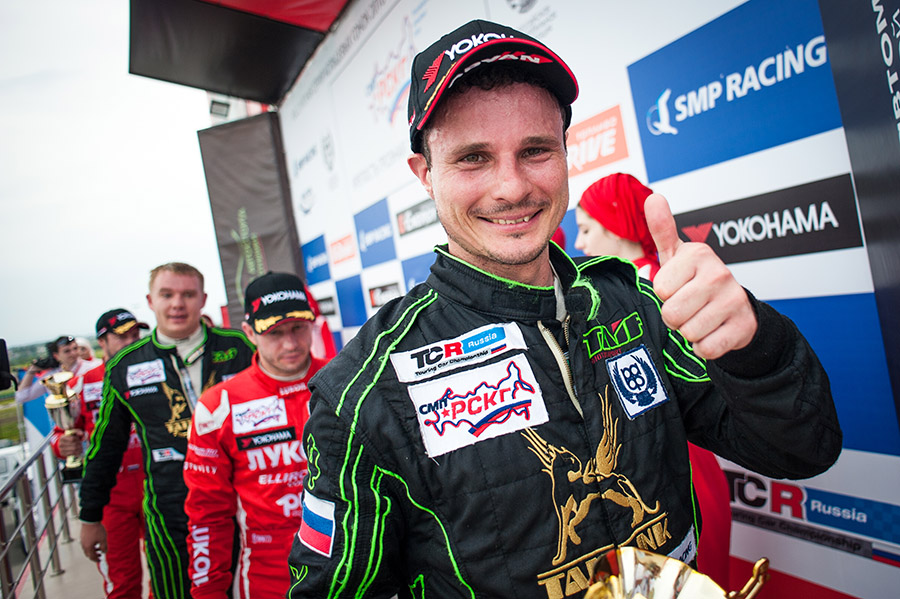 After having equally shared race victories with his rival Aleksey Dudukalo in the first two events of the season, Dmitry Bragin broke the balance in the third race meeting of the SMP Russian Circuit Racing Series at Fort Grozny.
The TAIF Motorsport driver had converted his pole position in a lights-to-flag victory in yesterday’s race; today he was also victorious in the second race of the weekend, recovering from the sixth starting position on the reversed grid.
Marat Sharapov started from the pole, but it was Dudukalo’s teammate Nikolay Karamyshev who took the lead. The Lukoil Racing driver maintained the first position until mid-race, while Bragin was elbowing his way through the field. Eventually, on lap 12, Bragin overtook Karamyshev and pulled away to claim his fourth victory of the season out of six races. Karamyshev was classified second ahead of Dudukalo.
Scoring the maximum of 206 points during the event, Bragin has joined Dudukalo on top of the standings with 584 points; Lev Tolkachev lies third with 512, Roman Golikov is fourth with 510.
The championship will resume in two weeks at Sochi, where it will share the bill with the TCR International Series.