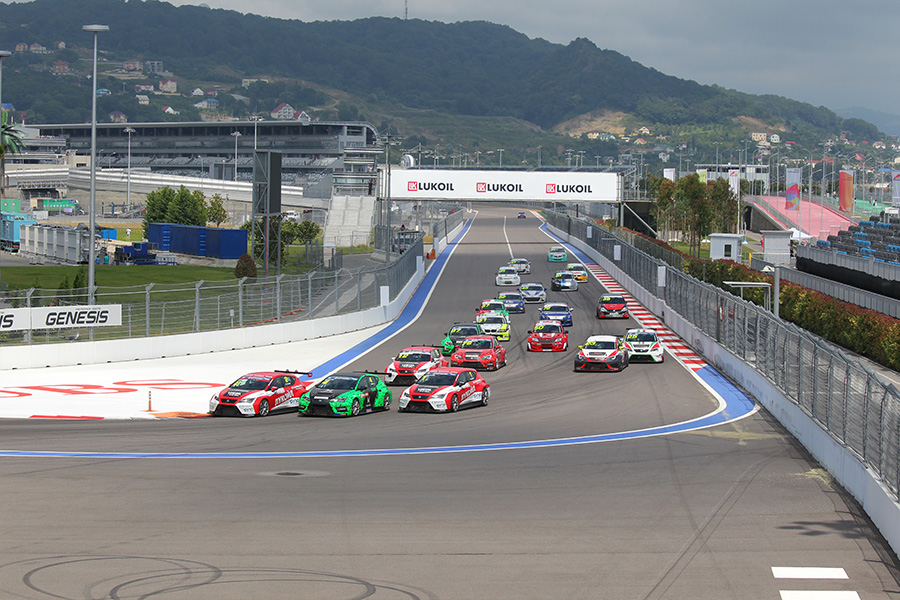 Dmitry Bragin’s winning streak continued, as the TAIF Motorsport driver scored an new victory in today’s Race 1 at Sochi, his fifth out of the seven rounds of the SMP Russian Circuit Racing Series held so far.
After setting pole position in this morning’s qualifying, Bragin resisted an early assault from Roman Golikov after the start and went to claim another lights-to-flag win.
Behind him, Golikov and his Lukoil Racing teammates Nikolay Karamyshev and Aleksey Dudukalo were involved ion a close, but short fight for the other podium position. In a few laps Karamyshev emerged as the fastest of the trio and proceeded to close the gap fropm Bragin.
Towards the end of the 9-lap race, Bragin’s margin had faded to only two tenths, however he was able to increase the pace and to cross the line half-a-second ahead of Karamyshev. Dudukalo took third position, with Golikov in fourth.
These results enabled Bragin to take a solo lead in the Drivers’ Championship, ten points ahead of Dudukalo.
The second race will take place tomorrow at 15:25, after the two TCR International Series races.