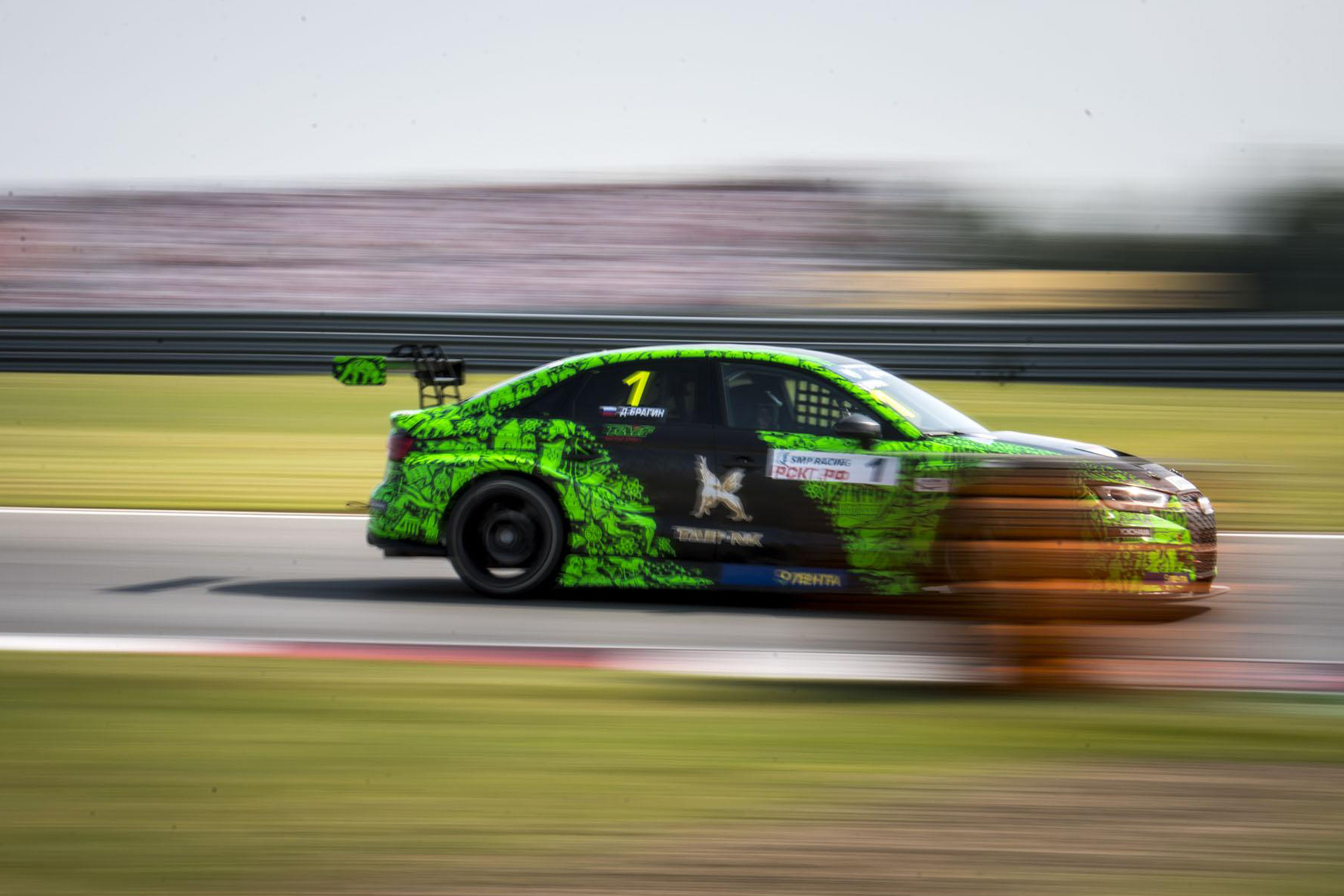 Dmitry Bragin has staked a serious claim for his second consecutive TCR Russia title. During the series’ sixth event at the Moscow Raceway, the TAIF Motorsport driver has won the Sunday race in a dominant way, further stretching his leading margin in the standings. With only one race meeting to go – at Kazan Ring on September 23 and 24 – and 53 points to be awarded, Bragin has built a gap of 31 and 42 points respectively ahead of the only competitors who are still in contention: LADA Sport Rosneft’s Vladimir Sheshenin and Lukoil Racing’s Aleksey Dudukalo.

Race 1 – After setting the fastest time in Qualifying, Bragin was demoted to the back of the grid for a second change of car; in fact he reverted to the Audi driven in the first two events of the season, before switching to a SEAT.
As a consequence, Vitaliy Dudin (Akhmat Racing Team SEAT León) inherited pole position but was pipped by Dudukalo’s SEAT at the start, with Sheshenin’s LADA in third position. From the very beginning Bragin started a brilliant recovery and on lap 7 overcame Roman Golikov’s resistance, moving up to sixth.
The last four laps provided plenty of emotion, as Dudukalo was struggling to defend his lead. On lap 9, Dudin took the inside line at the last turn, the two SEAT cars clashed and Dudukalo dropped to third behind Sheshenin.
On the following lap, in the same corner, there was contact between Dudukalo and Kirill Ladygin; this time Dudukalo was on the inside and Ladygin went wide. Nikolay Karamyshev benefited from the situation and climbed to third, while Ladygin dropped down with a flat rear tyre.
Dudin claimed his first victory from Sheshenin and Karamyshev, while Dudukalo and Bragin finished fourth and fifth.

Race 2 – Klim Gavrilov and Golikov were both slow while starting from the front row, which enabled Bragin, Irek Minnakhmetov (Audi RS3 LMS) and Dudukalo to fight for the lead.
Soon Dudukalo overtook Minnakhmetov and began chasing Bragin. On lap 2, Ladygin’s LADA retired after a collision with Lev Tolkachev’s SEAT, which prompted the safety car for four laps.
When the race resumed, the Bragin-Dudukalo duo pulled away; behind them the battle for third position raged, involving up to seven drivers in door-to-door fighting. On lap 10, Dudin, Gavrilov and Karamyshev collided at the last turn, which promoted Sheshenin to fourth behind Minnakhmetov. On lap 12, Sheshenin and Minnakhmetov made contact and the former took third place. On lap 13, Dudin overtook Minnakhmetov for fourth and closed in on Sheshenin. On lap 16, there was contact between Golikov and Denis Grigoryev who were fighting for the seventh position.
Bragin claimed his fourth win of the season from Dudukalo, Sheshenin and Dudin.