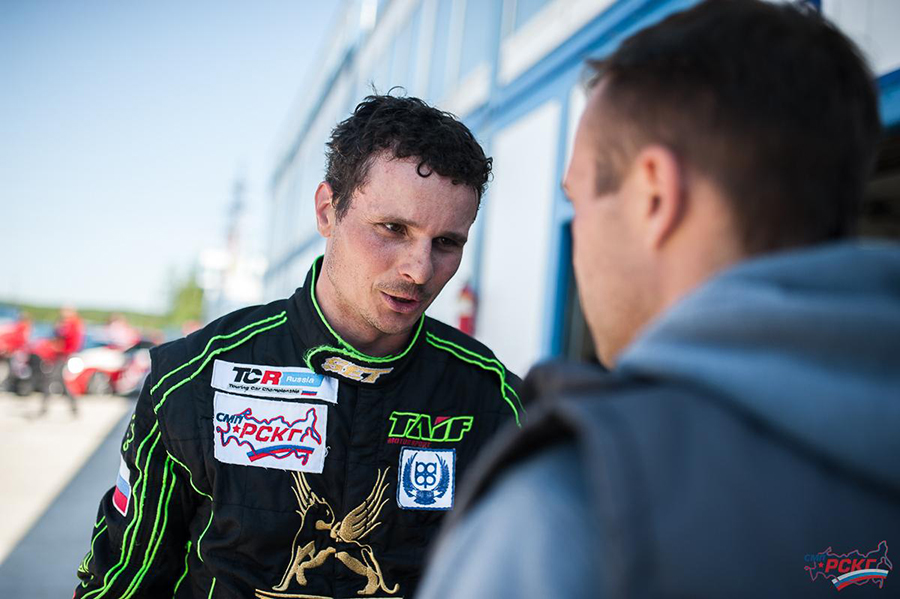 Dmitry Bragin converted his pole position into a comfortable win during the first race of the Russian Circuit Racing Series at Smolensk Ring.
After emerging as the fastest in this morning’s qualifying session, Bragin drove his TAIF Motorsport SEAT León TCR car to a lights-to-flag victory and crossed the finish line with a 1.3-second advantage ahead of Lukoil Racing’s 2015 champion Aleksey Dudukalo.
Dudukalo’s teammates Nikolay Karamyshev and Roman Golikov were classified third and fourth, while Pavel Yashin (Neva Motorsport) managed to beat Lev Tolkachev (Innocenti-AMG Motorsport) in the final sprint for the fifth position after a long fight.
Bragin was in control for most of the race, while Dudukalo had the opportunity to attack his leadership only on lap 10, shortly after the race had resumed following a safety car intervention.
The neutralization occurred from lap 7 to lap 9, after a crash between the Super Production cars of Larionov and Nesvankin. When the race resumed, Dudukalo was the leading car’s tail and made a couple of attempts to pass, but soon afterwards Bragin was able to create a gap again.
The second race will start on Sunday at 15:15 local time (14:15 CET) and will be streamed live at www.tcr-series.tv.