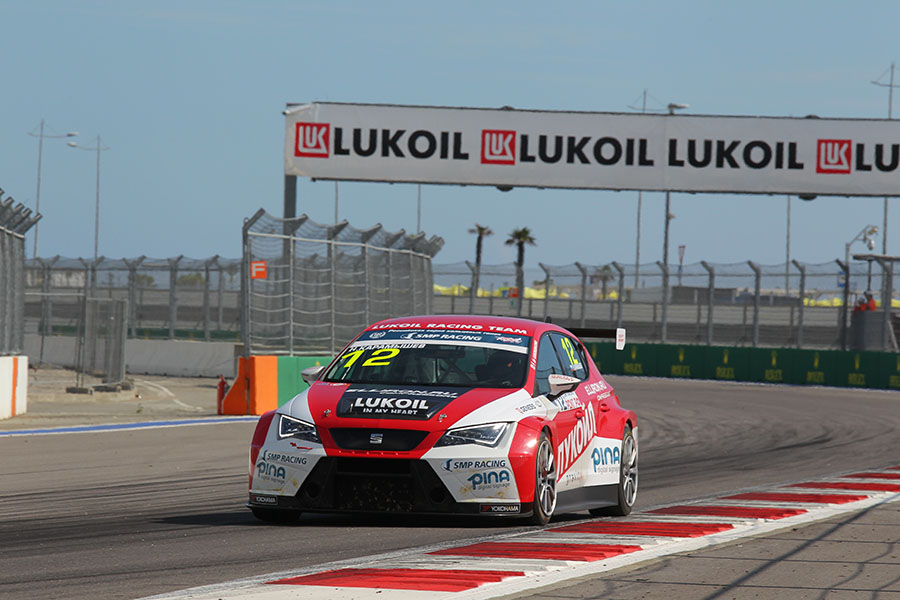 Former European Touring Car Cup winner Nikolay Karamyshev claimed his first race win of the season since he joined Lukoil Racing in the SMP Russian Circuit Racing Series.
Irek Minnakhmetovstarted from pole on the reverse grid, but he was soon overtaken by the championship’s top players: Karamyshev, Roman Golikov, Dmitry Bragin and Aleksey Dudukalo.
Golikov, Bragin and Dudukalo were in a close fight for the second place, which helped Karamyshev to build a gap. On lap 2 Dudukalo made a move in the attempt of overtaking Bragin, but they clashed and lost pace.
Bragin rejoined in third, while Dudukalo dropped behind some other cars; Golikov benefitted from the situation to create a margin that Bragin, eventually, did not manage to fill. Karamyshev, Golikov and Bragin finished in the order, while Dudukalo retired on the last-but-one lap because of a puncture.
After four of the series’ seven race meetings, Bragin leads the standings with a slim gap of 38 points ahead of Dudukalo; Golikov lies in third place, 84 points behind the leader.