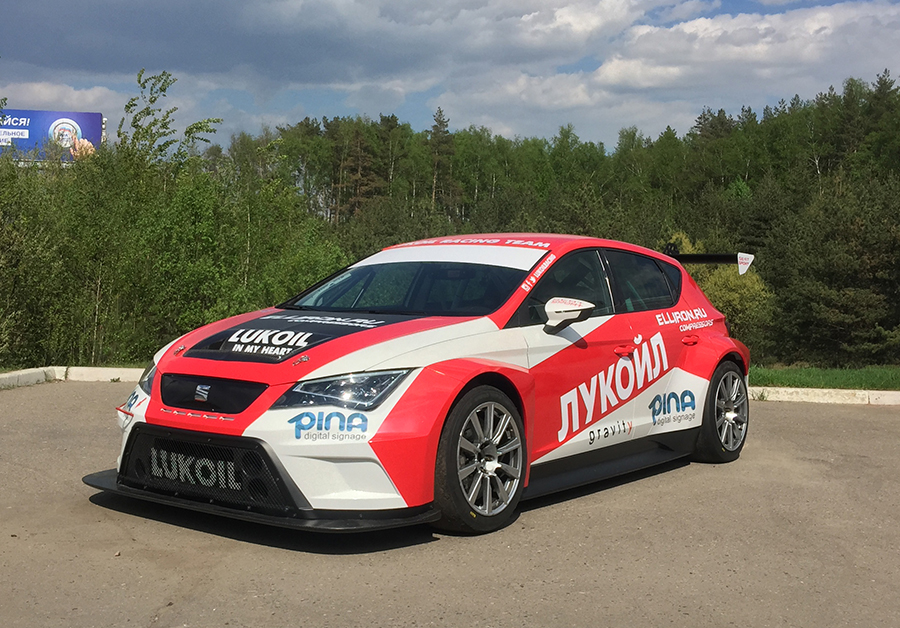 Evgeniy Malinovsky of Lukoil explained:“We have followed the TCR concept from the beginning, but even for us it was surprising to see the level of interest from Russian competitors. LastyearwewerefirsttobringTCRcarstoRussia. It was difficult because of the financial situation, but as the leaders in Russian auto sport we had to take such a risk. I’m glad our experience helped to set a full-fledged national series for TCR cars.”

Dudukalo said: “The Russian Touring category is making a huge step forward. There will be ten TCR cars compared with three/four of last season, and the driver line-up will be stronger. Considering that we all drive SEAT cars, the competition will be very close although we have a certain advantage because of last year’s experience.”

Golikov added: “I’m very happy to continue driving for Lukoil Racing after last year’s successful campaign. After finishing vice-champion in 2015, my goal is to fight for the title.”

Karamyshev concluded:“I’mgladtoreturnracing in Russia. Since I was last driving here there have been a lot of changes for the better. The championship looks strong, on the par with the European series where I used to drive. It will be interesting to measure myself against a strong opposition, after making experience and winning titles in Europe.”