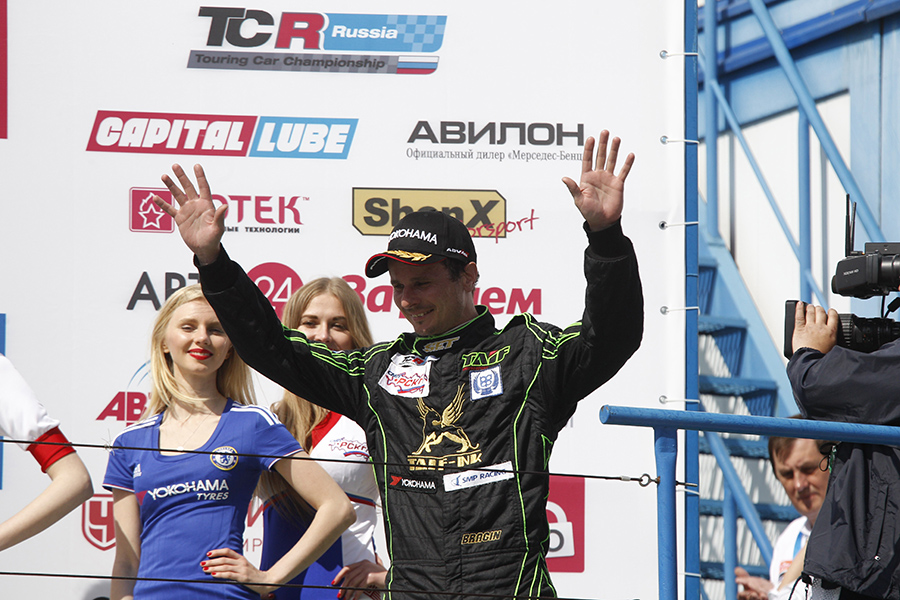 Just like he had done two weeks ago at Smolensk Ring, Dmitry Bragin converted his pole position into a victory during the first race of the SMP Russian Circuit Racing Series at Nizhny Novgorod’s Nring.
Bragin took the lead at the start, but there was commotion behind him. Irek Minnakhmetov missed the braking point at Turn 1 and hit Nikolay Karamishev, sending him against Roman Golikov who had started from second place. This enabled Aleksey Dudukalo, Lev Tolkachev and Pavel Yashin to move up to second, third and fourth behind Bragin. Minnakhmetov retired, while Golikov and Karamyshev dropped behind a bunch of Super Production cars.
By mid-race Golikov and Karamyshev had managed to climb to fifth and sixth, but on lap 9 the latter stopped on the track prompting the safety-car. The race resumed on lap 10, only for the safety-car to intervene again on lap 11, when a Super Production car also stopped on the track.
At the restart on lap 12, Golikov passed Tolkachev for third. Bragin crossed the line first from Dudukalo, Golikov and Tolkachev.
The second race will start on Sunday at 15:15 local time (14:15 CET) and will be streamed live at www.tcr-series.tv.