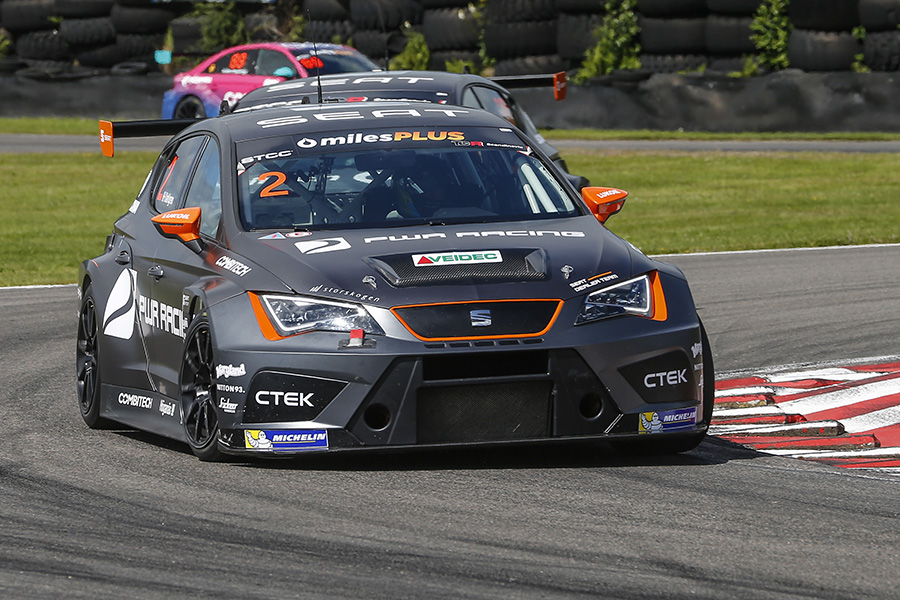 Robert Dahlgren and his PWR Racing SEAT León won two races out of three at Karlskoga in the fifth event of TCR Scandinavia. Fredrik Ekblom claimed victory in Race 2 in his Kristoffersson Motorsport Volkswagen Golf.
These results enabled Dahlgren to stretch his leadership in the standings to 40 points ahead of Ekblom.

The first race was decided in the opening lap: Johan Kristoffersson took the lead from pole position, ahead of Dahlgren and Ekblom, but the leader made a mistake and retired after driving off the track. Dahlgren inherited the lead and was closely followed by Ekblom. Soon afterwards, Fredrik Blomstedt and Daniel Haglöf made contact while fighting for third; the former went off, while Haglöf closed in on the leading duo. However he was later given a drive-through and dropped to eighth.
Dahlgren led Ekblom by half-a-second to the finish line; Mattias Andersson claimed third place after a close fight with Joonas Lappalainen.

Before the start of Race 2, pole sitter Kristoffersson left the grid with a broken driveshaft. Ekblom was first at the start, followed by Haglöf, Blomstesdt and Dahlgren. On lap 3, Haglöf tried to overtake Ekblom at Turn 1, but outbraked himself, spun and rejoined in fifth.
On lap 5, Haglöf took fourth place from Andersson and on lap 9 he climbed to third ahead of Dahlgren.
Ekblom won with a margin of 1.9 seconds ahead of Blomstedt, while Haglöf handed third back to Dahlgren.

At the start of Race 3, Dahlgren used the pole to jump ahead of Kristoffersson and Ekblom. In the first lap, Kristoffersson dived inside of Dahlgren and they clashed; Dahlgren maintained the lead, while Kristoffersson was given a warning.
On lap 4, Haglöf and Ekblom managed to overtake Kristoffersson and moved up to second and third respectively. Behind them, Lappalainen passed Andersson for fifth.
The positions remained frozen for the rest of the race: Dahlgren claimed his second win of the day, while his teammate Haglöf kept Ekblom at bay for second place.

The next event will be at Anderstorp on September 3rd.