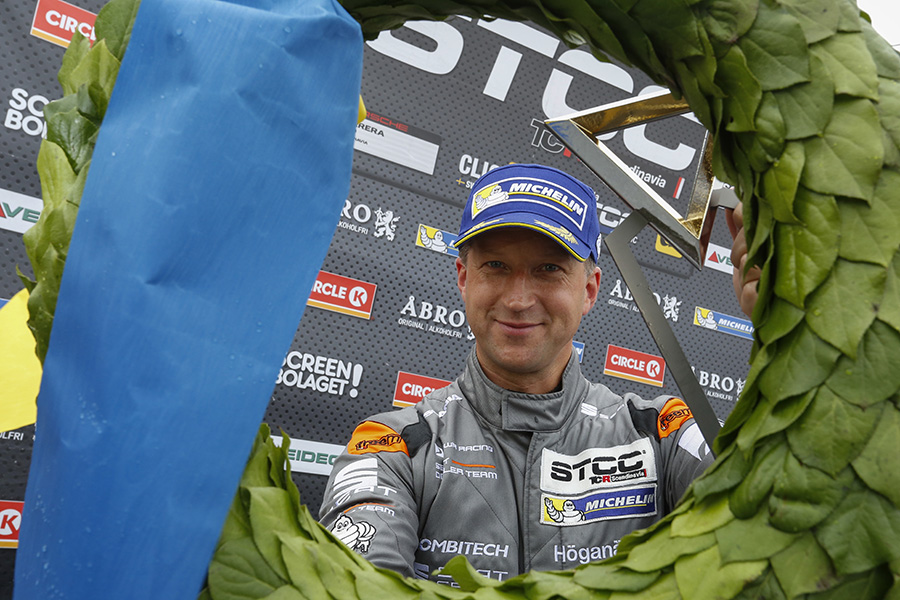 PWR Racing’s Robert Dahlgren was crowned the first ever champion of TCR Scandinavia after finishing sixth in today’s first race at Mantorp Park.
After a troubled qualifying in which he was demoted to 11th for setting his fastest lap under yellow flag, Dahlgren was lucky to avoid being caught in the pile up at the start and claimed a 6th place that gave him the title even before today’s second and third races.
Mattias Andersson made a better start than pole sitter Fredrik Ekblom and took the lead, but the race was first neutralized by the safety car and then red-flagged following an incident that eliminated Albin Wärnelöw, John Bryant-Meisner and Reuben Kressner. Dahlgren squeezed amongst the spinning cars and moved up from 11th on the grid to 7th.
The race resumed with only 4 laps to go and Ekblom stole the lead from Andersson, while Fredrik Blomstedt went off and stopped in the gravel trap.
Ekblom pulled away, while the battle raged behind him. Eventually Andreas Wernesson claimed second ahead of Andreas Ahlberg, Daniel Haglöf, Andersson and Dahlgren who clinched the title.

The second race will start at 13:45 local time.