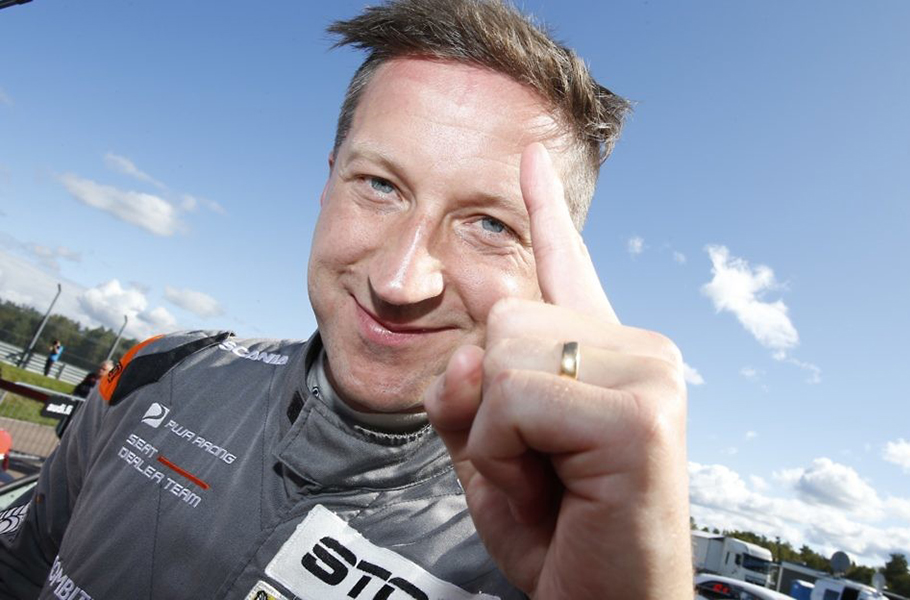 TCR Scandinavia – Dahlgren is closer to the title

PWR Racing’s Robert Dahlgren has staked a claim on the first TCR Scandinavia title with a double victory at Anderstorp. As his main competitor in the title fight – Kristoffersson Motorsport’s Fredrik Ekblom – did not score in the second race because of a collision, Dahlgren leading margin grew to 76 points, when 78 are still to be awarded in final event at Mantorp Park on October 16.
In Race 1 Dahlgren’s teammate Daniel Haglöf claimed his first victory, leading from lights-to-flag. He started from pole and beat Ekblom by a slim margin, while Dahlgren took third overtaking Fredrik Blomstedt on the first lap. Eventually Blomsted lost one more position to Joonas Lappalainen and despite his efforts could not take it back.
The second race saw the pole sitter Blomstedt taking the lead at the start from Dahlgren; they delivered a thrilling fight and swapped positions several times until Dahlgren managed to stay ahead for good. Behind them, Haglöf and Ekblom collided and latter rejoined at the back of the field. Eventually, Haglöf crossed the line in third place, but was demoted to 14th by a 30-second penalty. This promoted Lappalainen to third, his maiden podium result in the series.
In the final race, Dahlgren made a perfect start from the pole position and led for the whole distance, closely chased by Blomstedt who never found a gap to try an overtaking manoeuvre. Haglöf managed to overtake Ekblom for third and kept him at bay for the rest of the race.