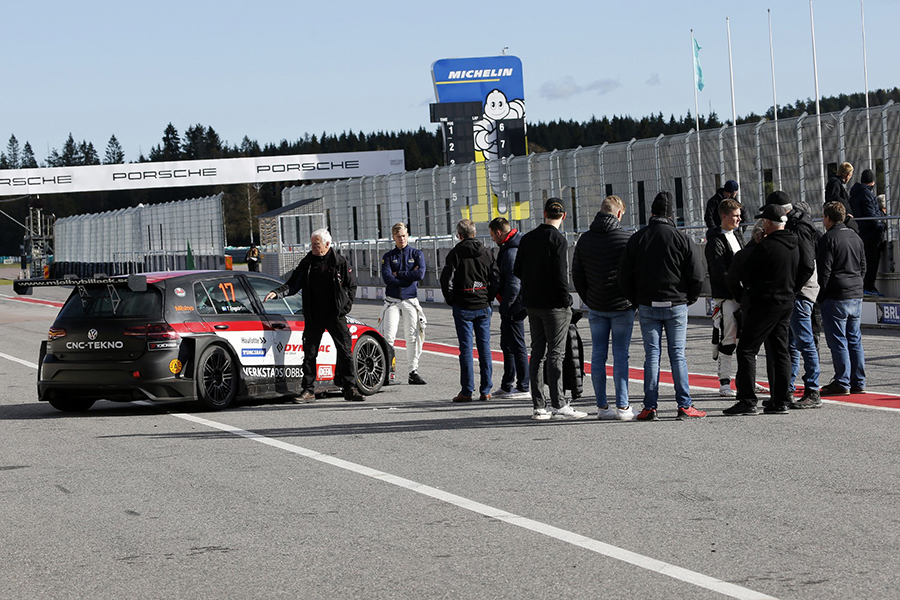 Thirteen new drivers took part in the TCR Scandinavia test day at Gelleråsen Arena. The test was held with newly crowned champion Robert Dahlgren's CUPRA and Micka Kågered Racing's Volkswagen Golf GTI.
"We had 13 skilled drivers on site for the test day and three of them are champions from the 2019 season," explained Micke Bern, CEO of MOM Events AB, the new championship promoter. This is an important part in our programme to secure the growth of the championship and take Scandinavian top-level racing forward. The day was very positive and I think there is a great possibility that we had one of the 2020 title contenders here."

Among the drivers testing were newly crowned champions Lukas Sundahl (Porsche Carrera Cup Scandinavia), Edward Woldseth (Formula Nordic) and Emil Persson (V8 Thundercars).
“The TCR car was really fun to drive, especially interesting as I have only raced rear wheel-driven cars before. I think I got the grips of the car quickly; the feeling was good. I look positively and I think it will be a great championship next year," said Persson.

The series is launching a new junior class for the 2020 season for drivers that are no older than 25 years at the wheel of cars that are at least three years old, this in order to keep costs down and create an attractive class for a new generation of drivers.
A number of junior drivers that have raced in karting and single seaters during 2019 got their first taste of TCR, one of them was Norwegian Formula Nordic driver Magnus Gustavsen.
"I am really pleased to have tested the TCR car, it is no doubt one of the most fun cars that I have ever driven, and it was faster than I expected. The test day was really positive for me as a driver. The fact that they have a strong plan to promote the junior drivers is really important and something that makes this interesting for me," said Gustavsen.