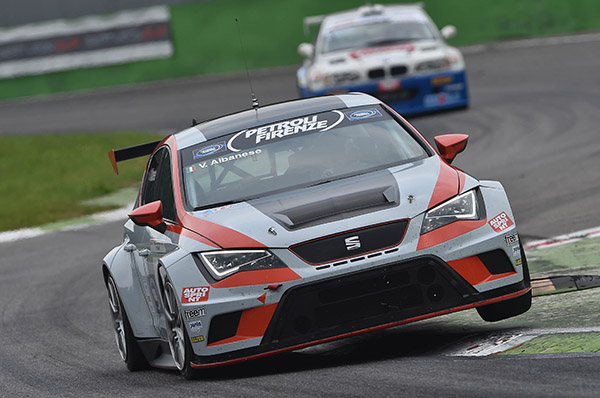 The TCR concept conquered Italy last Sunday at Monza, where Valentina Albanese won both races during the opening round of the CITE (Campionato Italiano Turismo Endurance) at the wheel of her SEAT León.
Italy was the second country to welcome TCR-spec cars in its national championship after Belgium.
In the two 50-minute races at Monza, Albanese was able to beat cars that were more powerful of her SEAT, like the Super Production BMW M3 and the Fiat 500 ‘Cinquone’ that had started from the pole.