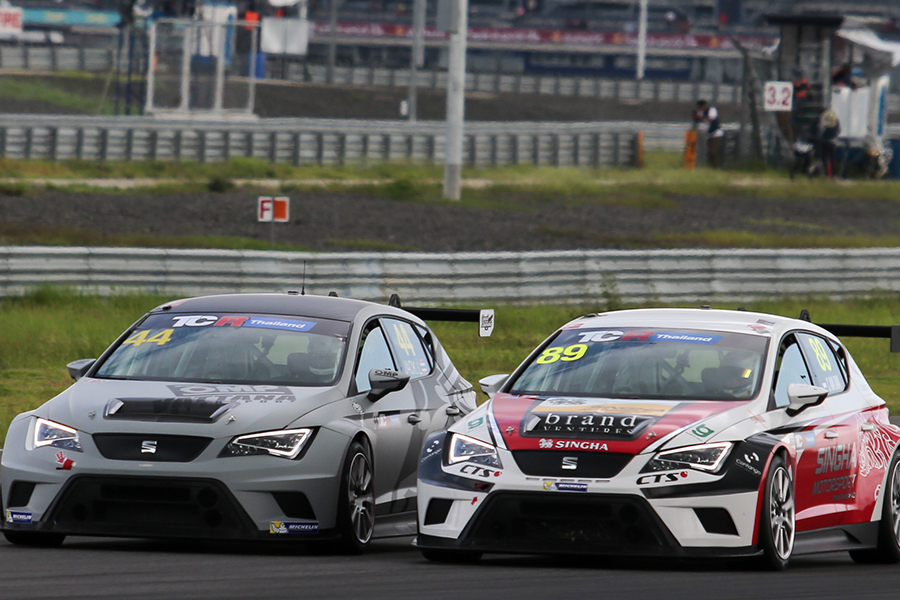 The final event of the 2016 TCR Thailand takes place this week in the frame of the  Bangsaen Grand Prix. The event was schedule to happen on October 23, 2016, but was postponed because of the  period of national mourning declared after the tragic death of King Bhumibol the Great.
Vattana Motorsport’s local hero Jack Lemvard and Singha Motorsport Team Thailand’s Carlo van Dam from the Netherlands – both at the wheel of SEAT León cars – are fighting to be crowned the first ever champion of TCR Thailand.
The two contenders are separated by only three points, while Lemvard’s teammate Narasak Ittiritpong is kept in contention only mathematically, having a gap of 29 points while 50 are still available.
The event benefits from live timing and streaming at www.tcr-series.tv, according to the timetable here below: