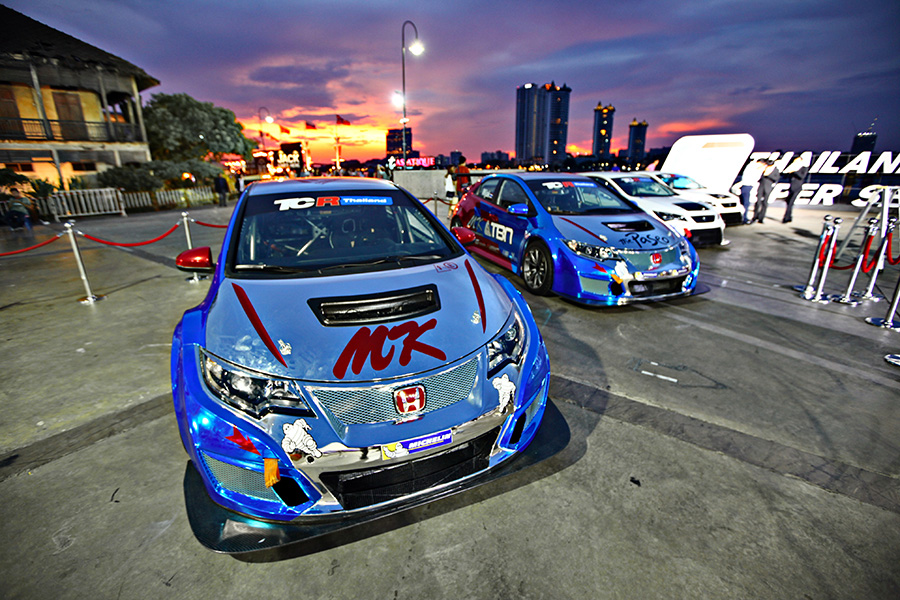 The new season of the Thailand Super Series that includes the brand new TCR Thailand was officially launched last week in Bangkok on the banks of the Chao Phraya River.
TCR has really become the talk of the town after the first two Honda Civic TCR cars arrived in Thailand. Then last Thursday morning six SEAT Léon Cup Racer cars pitched up in Bangkok’s Lat Krabang shipping yard and they also caused quite a stir. They will be split among four teams: Krating Daeng (three), Vattana Motorsport, Singha Motorsport Team Thailand and Racing Spirit (one apiece).
The TCR concept is now alive and kicking in Thailand and ready to burst onto the local scene in now just a week and a half’s time.

TSS Vice President Preeda Tantemsapya said: “Interest is growing. Our goal is to first have an exciting new series, one that is for a new generation of car, and at a good price. It’s an affordable car and drivers can use it to progress and join TCR Asia Series or TCR International Series.”