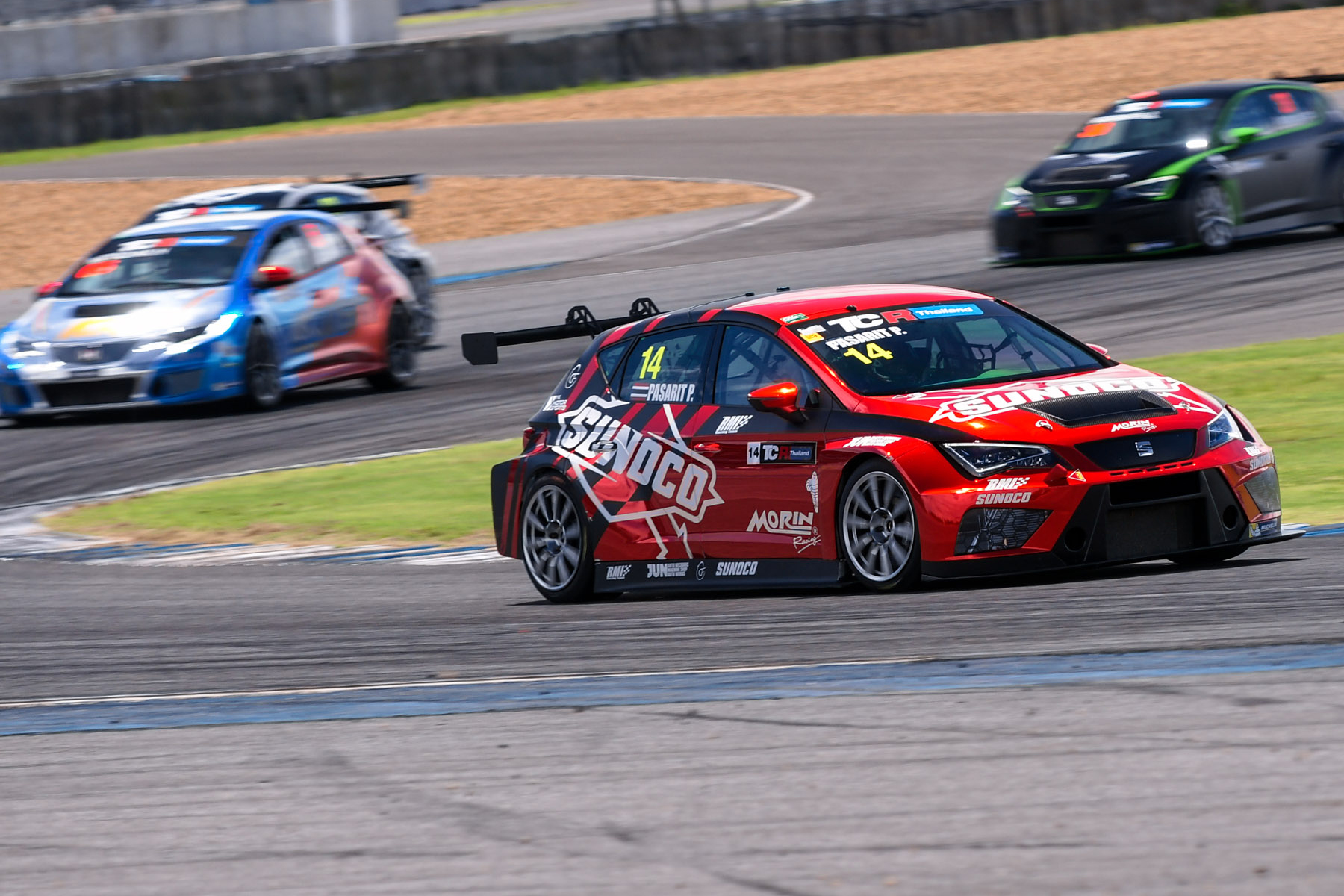 Race 1 – The cancellation of Friday’s qualifying due to pouring rain, meant that Promsombat was on pole thanks to his fastest lap in Practice. The RMI Racing driver took the lead at the start from Nuya and Leewattanavaragul (Morin Racing SEAT León). However, Nuya was given a drive through for a penalty from to the previous event and rejoined at the back.
Rattanin Leenutaphong (Yontrakit Racing Team SEAT) emerged as the winner in the fight for the third position with Settasit Boonyakiat (Vattana Motorsport SEAT) and Nattachak Hanjitkasen (TBN MK Ihere Racing Honda); eventually the latter retired due to an electrical issue.
During the last lap Leewattanavaragul closed in Promsombat and even managed to take the lead during the final lap, however Promsombat overtook the lady driver once again and beat her on the line by three tenths.

Race 2 – Nuya started well from pole position and pulled away, leaving the rest of the field to fight for the other podium positions. Newcomer Boonyakiat followed in second place until lap 7, when Promsombat managed to overtake him.
In the final part of the race, Boonyakiat had a close fight with Leewattanavaragul who eventually managed to grab third position on the last-but-one lap. Boonyakiat salvaged fourth place with a small margin ahead of Leenutaphong.

For rounds 7 and 8, the TCR Thailand will join the TCR International Series at Buriram on September 2/3.