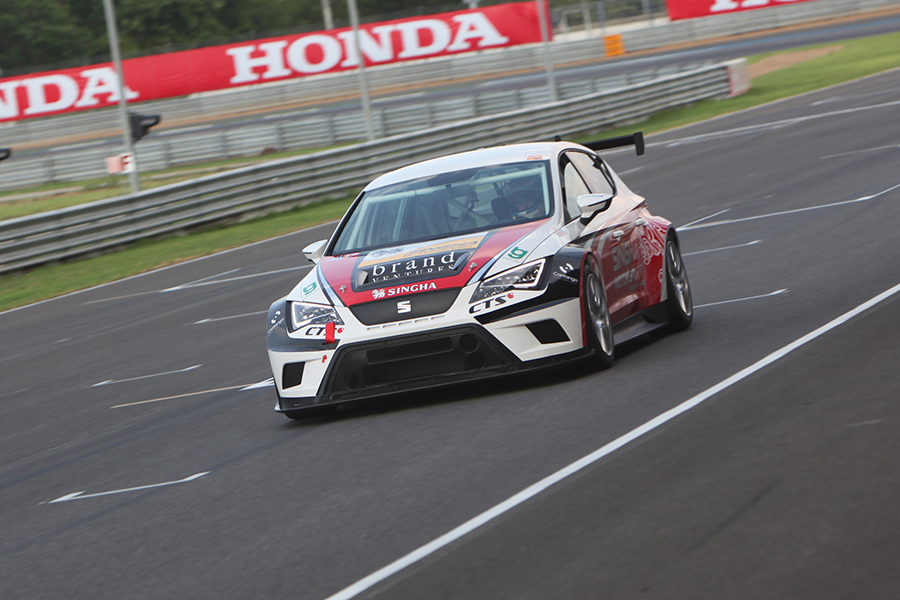 Carlo Van Dam (Singha Motorsport Team Thailand - SEAT León) won the fourth round of TCR Thailandat Buriram’s Chang International Circuit.
The Dutchman, the winner of both races in the series’ opener in May, also at Buriram, chased the early leader Jack Lemvard (Vattana Motorsport- SEAT León) and eventually overtook him on lap 4. Van Dam opened a gap since and crossed the line with a comfortable margin ahead of Lemvard.
Chen Jiang Hong (Krating Daeng Racing Team - SEAT León) won the fight for third place overall with Nattachak Hanjitkasem (TBN MK Ihere Racing Team – Honda Civic); they finished first and second in the AM class.
Narasak Ittiritpong (Vattana Motorsport – Honda Civic), who had won yesterday’s Race 1 on his maiden appearance in the championship, finished a disappointed seventh. Ittiritpong stalled the engine at the start and then was forced to pit due to a technical issue. The other newcomer, Germany’s Alexander Mies (Krating Daeng Racing Team - SEAT León) was stopped by a puncture on lap 3 while he was chasing the leading duo of Lemvard-Van Dam.
With three victories out of the four races held so far, Van Dam has stretched his leading margin in the standings to 27 points ahead of Lemvard.
The next race meeting will take place on 9/11 September at Chonburi’s Bira International Circuit.