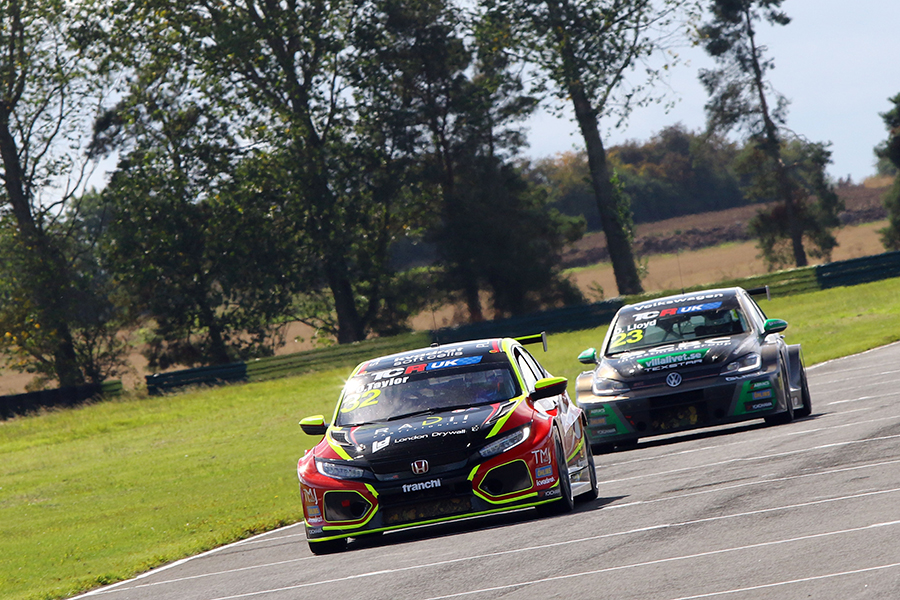 The TCR UK championship heads to Donington Park for the seventh and final race weekend of the season. The National Circuit will play host to rounds 13 and 14 of the series in which Daniel Lloyd and Oliver Taylor will face each other for becoming the series’ first champion.
WestCoast Racing’s Lloyd has a 31-point margin ahead of Pyro Motorsport’s Taylor, with a possible 91 on offer.
Behind the leading duo, Lloyd’s teammate Andreas Bäckman still has a mathematical chance of finishing the season as runner-up, while his sister Jessica is just six points ahead of Lewis Kent in the battle for fourth place.
Returning to the championship for the final race weekend are Sean Walkinshaw, Carl Swift, Josh Price and Alex Morgan; the latter makes his second appearance of the season in the Vuković Motorsport Renault Mégane as part of the car’s development programme.
The two races will take place Sunday at 13:15 and 16:10 local time (14:15 and 17:10 CET); they will be streamed live at www.tcr-series.tv.