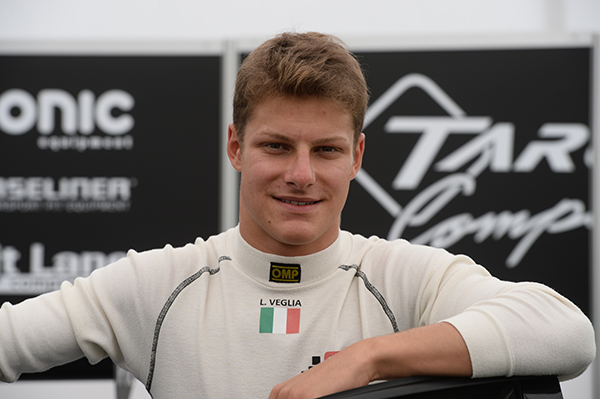 Lorenzo Veglia will complete the Liqui Moly Team Engstler’s line up for the 2015 TCR International Series.
The 18-year old Italian will join team principal Franz Engstler and Russian racer Mikhail Grachev. Veglia is facing his third racing season, following a successful debut in the 2013 FIA European Touring Car Cup in which he was classified fourth in the Super 1600 class. Last year he raced in the SEAT León Eurocup, claiming podium results and finishing 12thin the final standings.

Liqui Moly Team Engstler team manager Kurt Treml declared: “We are very pleased to welcome Lorenzo in the team. He brings his youthful enthusiasm and in spite of his young age has already shown a promising potential. We are confident that he can mature and improve even further working together an experienced driver like Franz.”

“This is a big step forward in my still short racing career. I was lucky to begin with two years in European series and now I find myself a competitor in an intercontinental racing series at the age of 18. In this respect I am pleased to drive for the Liqui Moly Team Engstler, because the team and Franz Engstler have plenty of experience and I am sure I can learn a lot from them. I take this first season as an apprenticeship, but at the same time I am also aiming to claim some good results,” Veglia said.