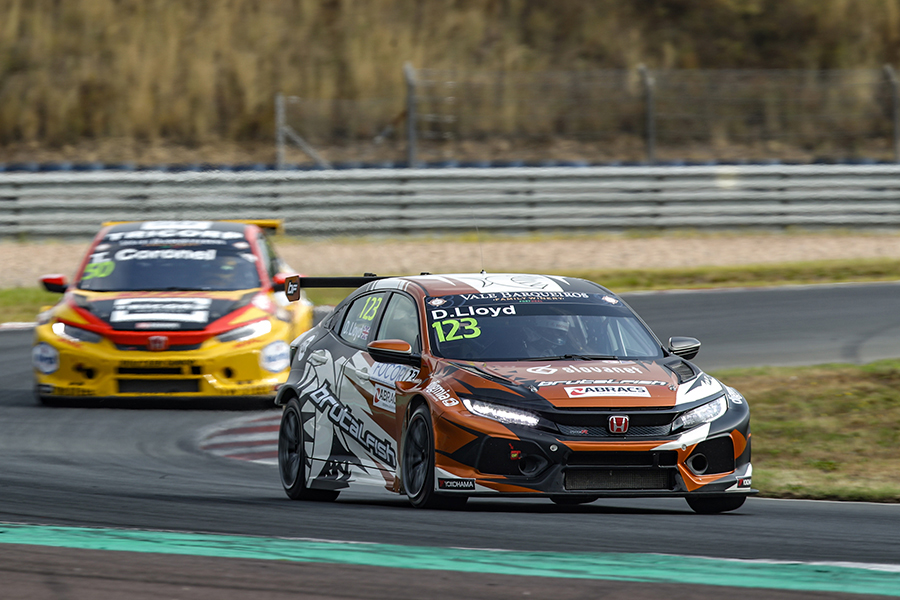 Daniel Lloyd inherited the victory in TCR Europe’s Race 1 at Oschersleben after the first and second drivers classified were both penalised by the Stewards.
Andreas Bäckman, who had been the first driver to take the chequered flag, was excluded after his car was found not to conform with the technical regulations during the post-race checks, as the front end of the car exceeded the maximum width of 1950 mm.
As for Nelson Panciatici, second at the end of the race, he was given a 30-second time penalty for punting Jessica Bäckman into a spin at T1 after the start. The penalty dropped him to tenth.
And so, Lloyd, who had crossed the finishing line in third position, was promoted to race winner, with Tom Coronel and Josh Files promoted to second and third respectively.
As far as the standings are concerned, this meant that Files’ leading margin in the championship increased to 61 points.