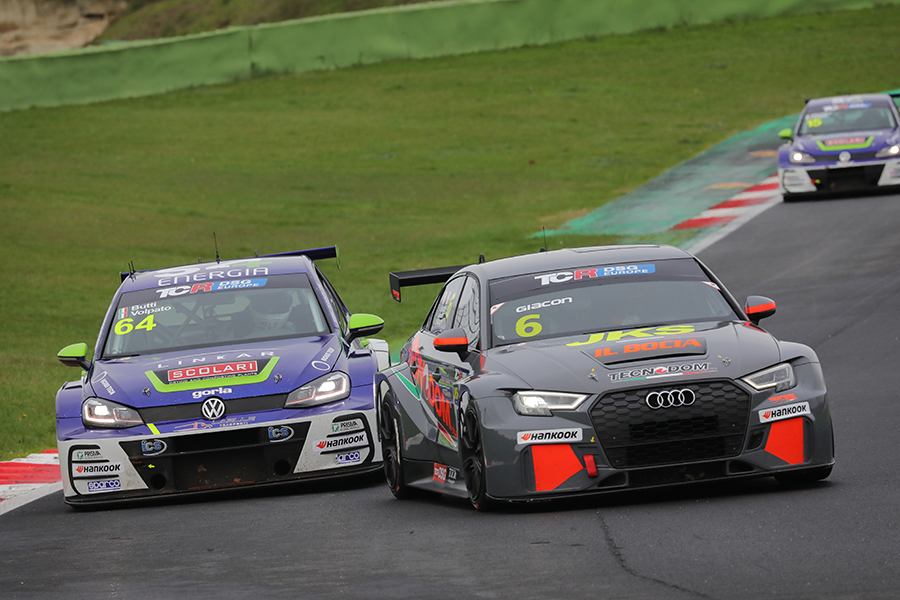 The Tecnodom Sport-run Audi RS 3 LMS won the final race of the TCR DSG Europe series at Vallelunga; a victory that granted the title to the pair of Jonathan and Steven Giacon. This was the third victory of the season for the two brothers who shared their Audi with Luca Rangoni like in the two previous events.
The grey Audi took the chequered flag only 0.066 seconds ahead of the Élite Motorsport Volkswagen Golf GTI driven by Marco Butti and Gabriele Volpato after a close battle that lasted for the whole two-hour race and that was made even spicier by a late intervention of the safety car.
Butti, who was the only driver still in contention for the title with the Giacon brothers, finished runner up in the final standings ahead of Volpato.
The NOS Racing Golf of Cosimo Barberini and Gabriele Giorgi completed the podium, two laps behind the leading pair.