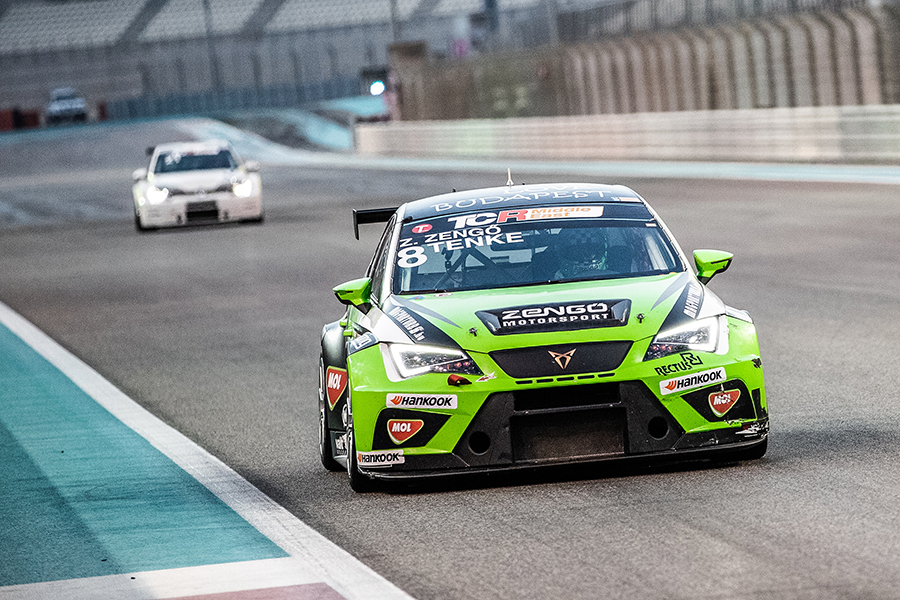 Tenke to race in WTCR before joining TCR Europe

Támas Tenke will join the WTCR field for his home race meeting at the Hungaroring. The 23-year-old Hungarian will make a one-off appearance in the FIA World Cup before joining the TCR Europe Series for the rest of the season.
Tenke will be driving a CUPRA car run by Hungary-based Zengő Motorsport; he had made his TCR debut earlier this year, taking part in the TCR Middle East Series in which he was classified fourth in the final standings also at the wheel of a Zengő Motorsport CUPRA but with DSG transmission.

“This is a big honour for me and an incredible opportunity. I will have a lot to learn and won’t be making any predictions. I just want to complete as many laps as possible in practice and qualifying and finish all the races. That would make me satisfied,” said Tenke who is not eligible to score championship points in WTCR.