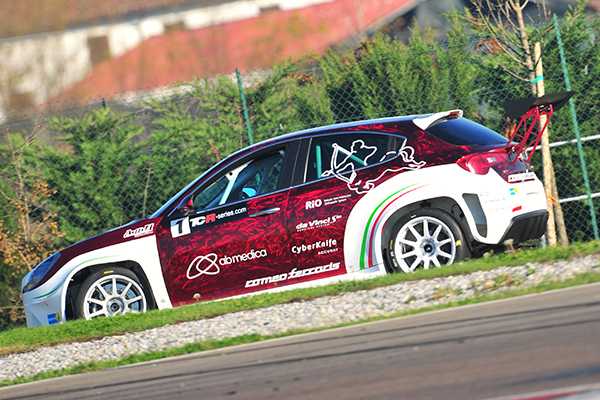 The Romeo Ferraris-built Alfa Romeo Giulietta TCR continues its development programme. Following the first ever track test, which took place last week at the San Martino del Lago circuit near to Cremona, the car ran again Tuesday and Wednesday at the same track.
During the two days, the weather became fine after a foggy morning; Michela Cerruti and Salvatore Tavano took turns at the wheel once again. They were unanimous in saying: “The car has exceeded our expectations.”
The two drivers focused on the set up, making numerous pit stops for the adjustments. Despite the low temperatures and the fact that they did not complete many laps, both Cerruti and Tavano were able to clock very promising times.

“We were quickly at ease with the Giulietta, which is very good in balance and braking. The engine has an excellent torque and it’s easy to find a good feeling with the car,” the drivers commented.
The company’s CEO Mario Ferraris added: “We have successfully accomplished the preliminary stage, now we are ready to begin the actual development in view of the 2016 season. We have planned several thousand kilometres of test to work on performance and reliability and to decide on the final set up.”