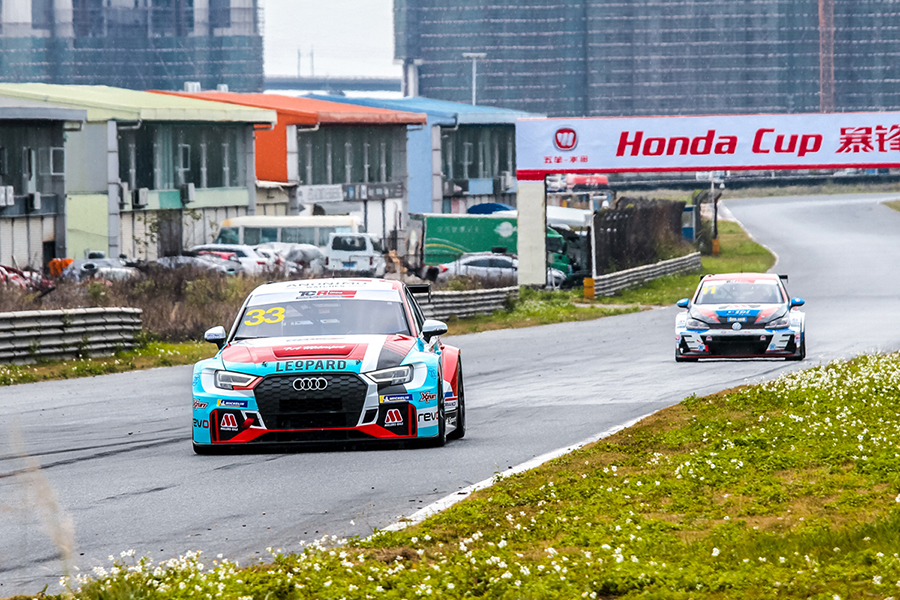 In TCR China's final race at Guangdong, Falco Lau and Gary Lo drove the Audi RS 3 LMS run by Champ X T.A. Motorsport to the third place, scoring the points that sanctioned the German car as the 2018 TCR Model of the Year.
The title, awarded by WSC, allocates points to the different model cars in all the TCR-sanctioned races of the season. Points are adjusted by coefficients that take into account the level of the series, the number of cars at the start and the number of brands represented.
The Audi RS 3 LMS scored 7213.50 points, beating the Honda Civic Type R (7055.75) and last year’s winner CUPRA/SEAT León (6855.25).

Chris Reinke, Head of Audi Sport customer racing commented: “It’s a great honour for Audi Sport that the RS 3 LMS has won this prestigious worldwide classification out of the twelve manufacturers of TCR cars. What is of particular significance is that this award respects not only the sporting, but also the commercial success. Beside the on-track success, Audi Sport sticks to the true spirit of customer racing and has already built more than 160 TCR cars being fielded by customers around the world. It’s a testament to the success of WSC’s worldwide TCR category, whose number of series is still growing.”

During the 2018 season the Audi RS 3 LMS cars totalled 684 race-starts over 17 TCR series, claiming 43 wins.
The most notable successes were 6 race wins in WTCR and those achieved by Compass Racing (1-2-3 in the IMSA Continental Challenge), Dmitry Bragin and Aleksey Dudukalo (first and second in TCR Russia), Jean-Karl Vernay (TCR Benelux champion and runner up in TCR Europe), Niels Langeveld (third in TCR Germany), BRP Audi Mie (third in Super Taikyu).