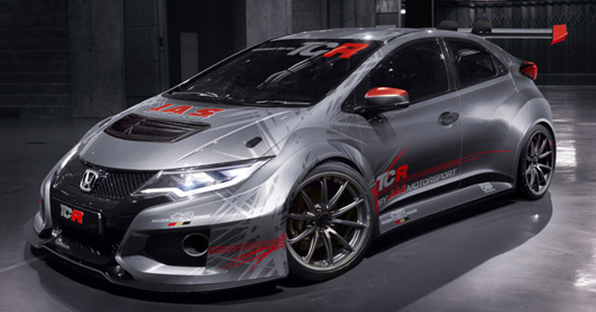 The first picture of the Honda Civic TCR

The experienced Italian engineering J.A.S. Motorsport has released the first picture of the Honda Civic car that will compete in the TCR International Series.
The car itself is being designed, built and developed by J.A.S. Motorsport, while Mugen looks after development and construction of the car’s engine.

“The price cap and the technical regulations for the new TCR class match perfectly the needs of the Touring Car market and it enables us to extend our offer to Honda customers around the world,” said Alessandro Mariani, the Managing Director of J.A.S. Motorsport. “The price of the base car and the affordable running costs will allow many drivers and teams to participate in numerous national and regional championships, while the TCR International Series will be a worldwide showcase for more ambitious outfits.”

The first team to run the J.A.S. Motorsport Honda Civic cars in the TCR International Series will be West Coast Racing from Sweden, another well-respected name in Touring Car racing.
“Our existing customers in Touring Cars have been asking for a new racing car for some time,” said Mads Fischer, Business Development and Customer Service Manager for J.A.S. “Since the announcement by West Coast Racing there has been a lot of interest in our TCR project, especially from our customers in Asia.”

The car willmake its competitive debut at the opening round of the TCR International Series at Malaysia’s Sepang International Circuit in late March 2015.