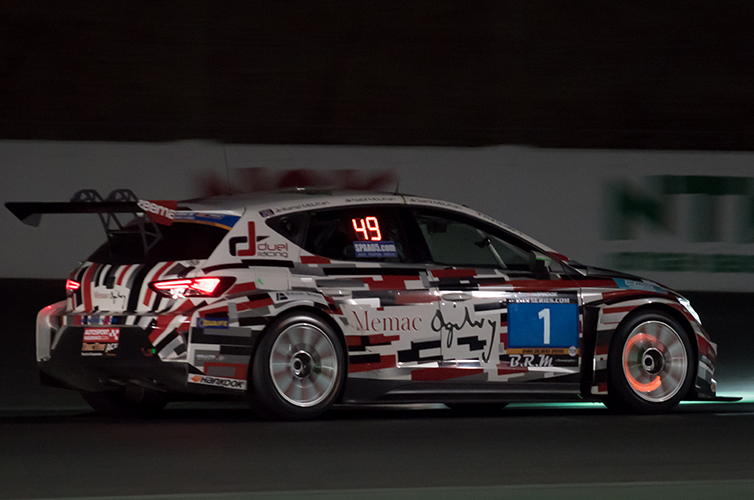 The first TCR winners of the 2016 season

A SEAT León run by Lebanon’s Memac Ogilvy Duel Racing took the first victory of the 2016 TCR season.
The Spanish car emerged as the winner of the TCR class in the 24 Hours of Dubai, opening event of the 24H Series. Four drivers shared the wheel during the long distance race: Phil Quaife from England and the Moutran brothers, Ramzi, Sami and Nabil.
The quartet covered 524 laps of the Dubai International Autodrome and was classified 32nd overall amongst the 100 competitors. They also finished best of the touring cars, ahead of more powerful machines such as BMW M3 and Ford V8.
Two other SEAT cars were classified second and third in the TCR class: that of Zest Racecar Engineering driven by Hack-Wheeler-Astin-Orrock and the NKPP Racing’s of Bassem-Hilders-Grouwels-de Heus.
The next round of the series – the Mugello 12 Hours – will take place on March 19th.