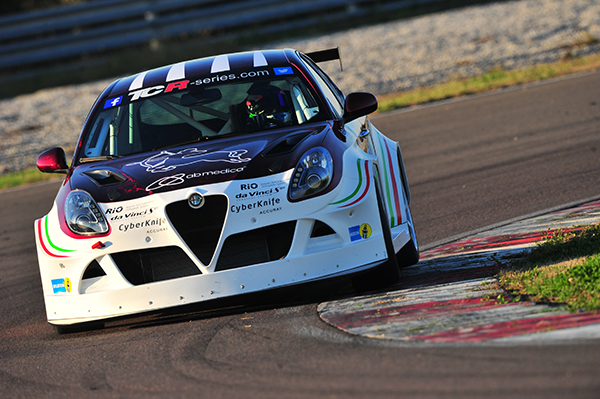 The new Alfa Romeo Giulietta TCR, built in Italy by Romeo Ferraris, has begun its on-track development programme. The Italian car successfully completed its first test last week at the San Martino del Lago circuit, nearby Cremona.
Michela Cerruti and Salvatore Tavano shared driving duties during the test.
Cerruti, who made her first appearance in the TCR International Series earlier this year at the Red Bull Ring in a Target Competition SEAT León, has a long standing relationship with the Romeo Ferraris outfit; Tavano has a long history of racing with Alfa Romeo touring cars and was one of the factory drivers in the make’s last WTCC campaign back in 2006.
This first test focussed on checking the mechanical components and on setting up engine and gearbox.
The programme will continue next week, at Cremona again, with the same drivers.