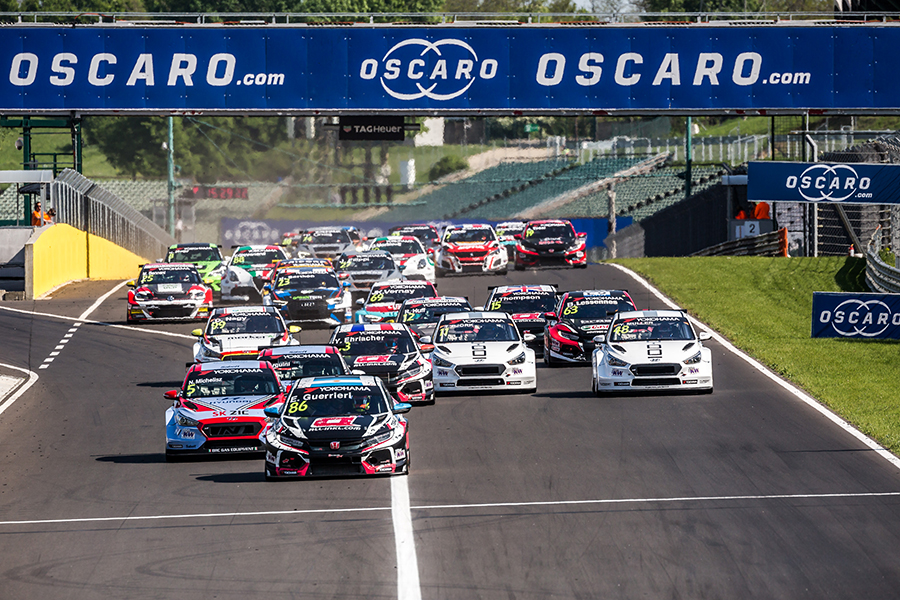 The Hungaroring hosts the second event of the season

Norbert Michelisz and Attila Tassi will be flying the Hungarian flag in WTCR's second event of the season.
In 2018 Michelisz was fastest in both the Qualifying sessions, claiming pole position for races 1 and 3, however he was unable to convert them into victories. He had to settle with two podium results: third in Race 1 that was won by Yann Ehrlacher and second in Race 3 behind his BRC Racing teammate Gabriele Tarquini. Rob Huff won Race 2 ahead of Dániel Nagy. Just like last year, Michelisz drives a Hyundai i30 N car for the BRC Squadra Corse.
Another favourite of Hungarian fans, Tassi, has joined the WTCR this year after a one-off appearance in the 2018 Hungaroring event and a successful campaign in the TCR Europe. The 19-year-old from Budapest has already savoured a day of glory at the Hungaroring in 2017, when he scored a double victory in the TCR International Series, the first one of them in front of Michelisz. Tassi races a KCMG Honda Civic Type R.
A third local driver, Tamás Tenke, will make a one-off appearance at the wheel of a Zengő Motorsport CUPRA before joining the TCR Europe Series for the rest of the season.
The FIA World Cup arrives in Hungary with Thed Björk as the first points leader following the season's opener at Marrakech where the Swede claimed a maiden victory for Lynk&Co in Race 3. The first ever win of a Chinese manufacturer in international motorsport.
Björk leads by 5 and 12 points over Esteban Guerrieri and Tarquini who won Morocco's Race 1 and Race 2 respectively.