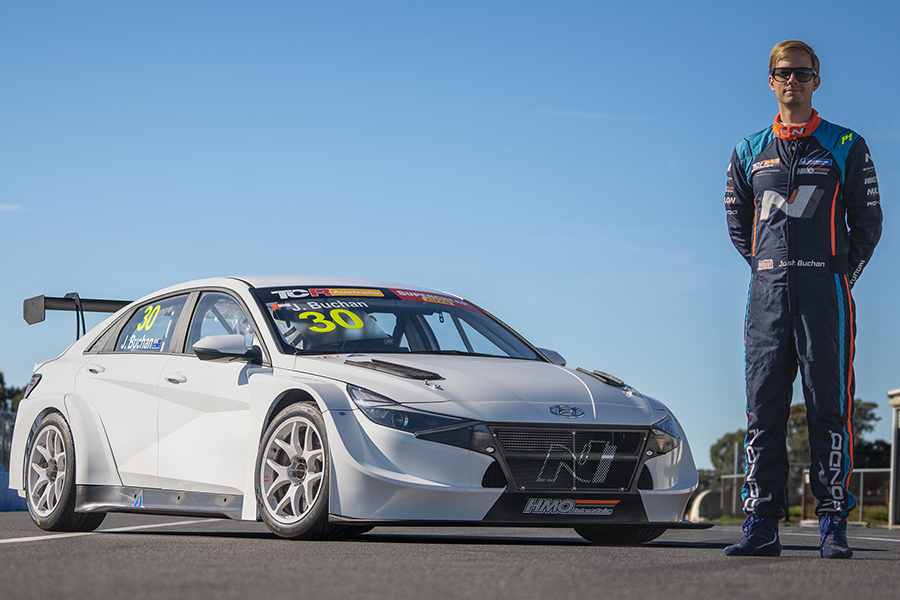 The Hyundai Elantra N ready for its TCR Australia debut

Josh Buchan will swap his Hyundai i30 N for an Elantra N for TCR Australia’s season finale at Bathurst.

HMO Customer Racing last week received the brand-new four-door sedan at its Campbelltown facility in South-West Sydney and gave the car its first shakedown test at Winton Raceway in Victoria today that saw team drivers Nathan Morcom and Buchan sharing the responsibility to gain a better understanding of its performance potential ahead of its competitive debut at Mount Panorama in the hands of Buchan, who sits fourth on the championship and remains in contention for the title.

“It’s very exciting that new cars are being introduced to the category, which shows the growth of the championship and its relevance to manufacturers such as Hyundai,” said Buchan. “To learn that I will then be driving the Elantra N TCR for the first time in competition at Bathurst is phenomenal and a genuine privilege. It’s a real honour to have the support to make this happen from all the team at HMO Customer Racing, including team owner Barry Morcom and my chief engineer Rob Benson, and Hyundai Australia.”