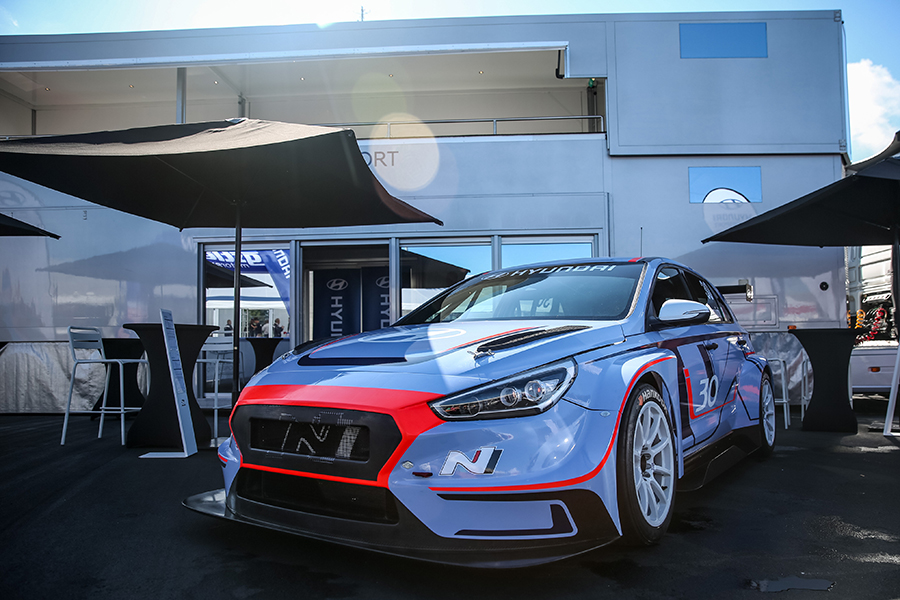 The Hyundai i30 N TCR on display at the Nürburgring

The Hyundai i30 N TCR attracted plenty of attention while on display during the ADAC TCR Germany weekend at the Nürburgring, where teams and drivers were eager to learn more about it.
As well as revised bodywork, validated by the team at their most recent test at the Slovakiaring, the i30 N TCR also carried a fresh colour scheme. The brand new livery promoted Hyundai’s new N line-up of high performance road cars.
The racecar was shown alongside the New Generation i30 on which it is based, as well as the i30 N, which was launched less than a month ago as the first model from the N line-up.

Hyundai Motorsport Customer Racing department manager Andrea Adamo said: “This weekend was another milestone for the i30 N TCR project. This car is specifically designed to be sold to, and raced by, customers so it is crucial that we allowed it to be seen at an important TCR event as we move into circuit racing for the first time. The ADAC TCR Germany series was the perfect championship for us to do this. The category has been very successful, with huge grids and high-profile entrants. It was very good to see that many of these current teams and drivers were interested to take a closer look at the i30 N TCR and learn more about what Hyundai Motorsport Customer Racing can offer in the next few months as they assess their options for racing in 2018.”