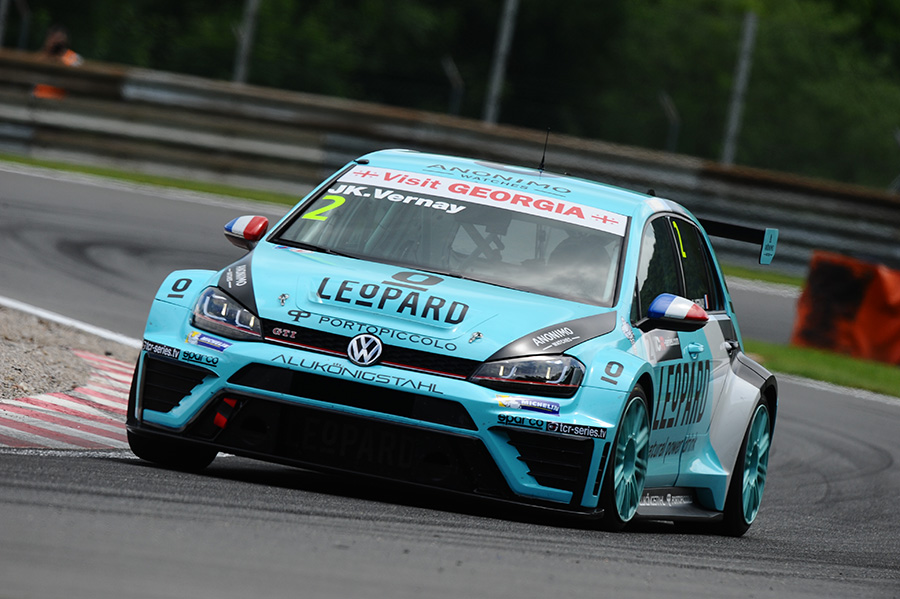 The maximum ballast shifts from Comini to Vernay

For the second consecutive event one of the Leopard Racing drivers will carry the 30 extra kilos of the maximum success ballast.
After Stefano Comini at the Salzburgring ten days ago, it will be Jean-Karl Vernay who will carry the heaviest handicap on board his Volkswagen Golf Gti at Oschersleben. This is the consequence of the fact the young Frenchman was the best scorer in Austria with a booty of 39 points, that included the 25 for his victory in the second race.
James Nash of Craft-Bamboo Lukoil, who is currently third in the championship standings, five points ahead of Vernay, will carry the 20-kilo ballast as the second best scorer in the Austrian event, while WestCoast Racing’s Mikhail Grachev – the winner of the first race at the Salzburgring – will retain the 10 kilos for the third best scorer for the second consecutive time.
With these Success Ballasts added to the BoP, the running weights of the three cars will be: 1315 kg for Vernay’s Volkswagen Golf, 1335 kg for Nash’s SEAT León and 1325 kg for Grachev’s Honda Civic.
The current championship leader Comini, his closest competitor Pepe Oriola and Gianni Morbidelli who is fifth in the classification on equal points with Vernay, will have the opportunity to take advantage in driving ballast-free cars.